Come first Tuesday of the month of Jeth each year and devotees of Hindu deity Hanuman throng the temple in Aliganj. Such is the rush of devotees that the roads leading to the temple get choked with bumper-to-bumper traffic.

Thousands of people offer tons of sweets and flowers at the shrine that is revered by not only Hindus but also other faiths.

The Bada Mangal ka Mela (Grand Tuesday fair) at Hanuman Mandir in Aliganj is uniquely symbolic of the Ganga-Jamuni tehzeeb and synthesis of culture. It portrays the secular approach and respect that the Nawabs of Awadh had towards the different religious beliefs of their subjects. 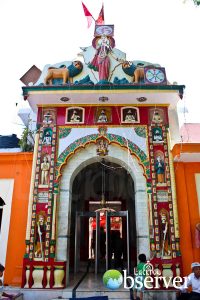 Hidden behind the saffron facade of the ancient temple lies the main shrine, which houses the idol of Lord Hanuman. A once- upon-a-time clean and serene pond adds to the ancient mystique of the temple compound. People from faraway places come to this temple to offer prayers to the lord. The famous festival of ‘Bada Mangal’ is associated with this ancient temple.

A more elaborate quote by Mr. Taqui describing the fair would be more appropriate. Let him talk of the non- discriminatory nature of the event. 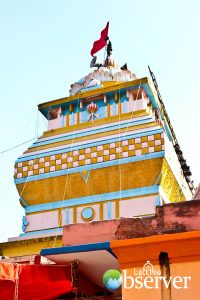 Legend has it that Begum Janab-e-Alia (wife of the third Nawab of Awadh, Shuja-ud Daulah 1753-1775), dreamt of a divine presence commanding her to build a temple in honour of Lord Hanumanj. The dream prompted her to a specific site where an idol of Hanumanji was buried. The begum ordered excavation of the site and when the idol was found, made arrangements for transporting it back to Lucknow on an elephant. However, after travelling some distance the elephant stopped in its tracks after and refused to budge. Treating it as another divine will, the begum ordered the erection of a temple at this spot, which known as Aliganj temple.

Since the completion of the temple’s construction the Bada Mangal ka Mela has been held here each year.

On Tuedays, the SUVs of VIPs leave hardly any space for pedestrians to access the temple. Though a part of Lucknow’s heritage, little attention has ever been paid towards the upkeep of the temple and the narrow roads leading to it. Strangely, many a neta and millionaire rub shoulders with the aam aadmi while exhibiting devotion to Lord Hanuman, but none has ever taken the initiative to develop the area for the benefit of Hanuman’s followers.

The state of the pond is pathetic and one wonders why no one has ever thought or done anything to at least rid the pond of the filth that’s been floating around for years! 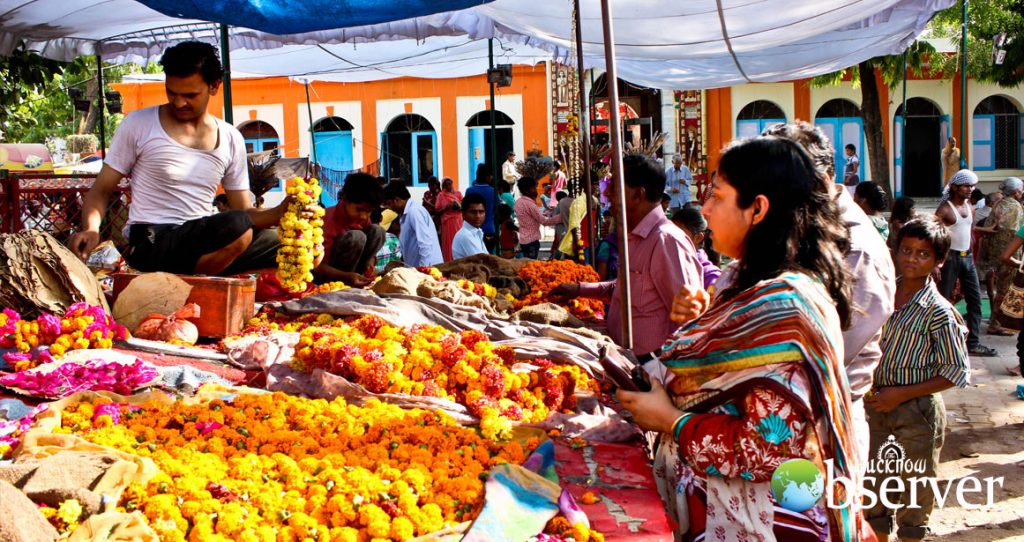