The Compelling Mystery of a Submerged Civilization

Passing Mohanlalganj, further south of Lucknow one arrives at the dainty village of Hulas Khera, a cursory glance would establish it as an ordinary village but for the luxuriance of its greenery and the fascinating wildlife contained ,it claims a perceptible station of a calm reservoir of rustic peace and slow, breathing, labouring life. The issue of Hindi and Urdu words, coated in the local dialect imbues the air but what language, what customs, what truths told of the civilization that stood on the same soil 3000 years ago. Be not misled by the apparent banality of Hulas Khera, for in it is housed a subtle deception.

An archaeological treasure, the secret of an ancient people concealed in the mounds of Hulas Khera was unearthed by archaeologists in the not too distant past. Affording convenient passage through a metallic road connecting the village to the Lucknow- Rae Bareli road, it leads through dusty tracks lined with mud houses to the depths of the enchantment. 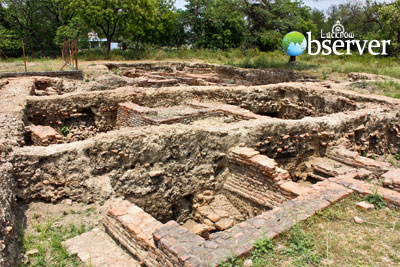 Surrounded on all sides by Karela Jheel, lies the traces and remains of an ancient civilization that settled in the area around 1000 BC. The incidence of the lake made habitation suitable and it was for the bounty of this waterbody that the culture flourished. Entirely dry now, this horseshoe shaped lake was abounding with water not so long ago. In 1978, when the first team of archaeologists set aim for this site, they had to wade their way on boats.

Prior to that, the site was an unapproachable mesh, menacing tangles of proliferating snakes hindering contact with the ruins. Superstition restrained the villagers further. The ancient Indian belief that serpents are guardians of treasures and their constant presence there reaffirmed their notion that indeed beneath the mounds and crumbling structures was hidden some valuable inheritance acceded by unknown ancestors.

Therefore, when the first team of prodding researchers reached there, the villagers’ with their credulity deterred them, cautioning them against triggering the wrath of the Nagaraj or the king of cobras by disturbing his charge.

Science, in time, overrode them. Eight years of careful and enduring excavation work finally unveiled the life of the people who were the focus of the Karela Jheel, revealing a cultural progression beginning from the Pre -Northern Black Polish ware times to the medieval period. Thus occupying and witnessing a period of the country intervening between the Iron Age and Middle Age. Of the former, NBPW is a significant phase succeeding the Painted Grey Ware period.

The discovery proffered a significant glimpse of historic people and added a startling gem to the wealth of historical knowledge. A new chapter had been disclosed and it caused a stir in the archaeological circles, also contributing another priceless pilgrimage to the Lucknow’s heritage scene.

The area is surrounded by the withered Karela, with a backdrop of beautiful bourgeoning vegetation and wildlife, with little rural habitation stand square brick structures, an ancient temple, artefacts and silent extinction, the inevitability and power of nature in triumph.

The local priest, Maniram chanced upon some artefacts from this area and it was his accidental find that instigated the uncovering of this extinguished feature buried in oblivion. He reported his discovery and it was the State Archaeological Department made a survey of the mound sighted by him and later in collaboration with Birbal Sahni Botany Institute researchers set off for this stimulating journey.

Extensive carbon dating of artefacts found, established the fact that beginning from 1000 BC, this civilization was at its prospering peak from 200 BC to 200 AD. During this time trade and commerce flourished; art was encouraged, one remarkable feature of these people was the exercise of engineering skills – extensive civil engineering was accomplished. An apt evidence of their ingenuity is a brick made road meant to connect the two ends of the region. The irregular remains of the brick structures reveal the simple pattern of their houses and other buildings. 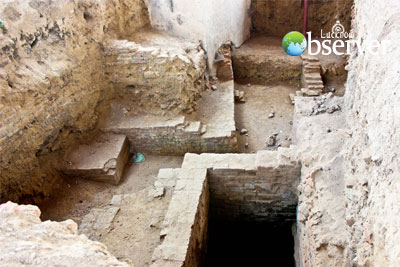 Other relics divulging this tale were pieces of pottery, coins, terracotta images and dissolving brick structures. A stark and penetrating insight is offered by the gold- leaf image of Kartikeya – the Hindu god of war, now upheld in the State Museum. Worshippers of a war god signal plausible contenders in one, which was the norm in those primeval times.

A religious people, again, the general practice, is evinced by the still erect and secure edifice of the Kaleshwari Devi temple. The locals worship this divinity and it is the keeper of this temple Baba Maniram who primarily holds the credit of discovery of this archaeological catch. He has witnessed the whole endeavour and effect and remains prized witness and narrator of these series of events.

So, from 1000 BC it bloomed and matured in approaching 200 AD, but towards 700 AD it suffered a grave decline in its genesis was planted its doom. Around that time, the water level of the Karela rose to a smothering level due to silting. Owing to its situation, it hampered communication, all trade and transfer, restricting the people’s life in its bounds; the quality of life plummeted by 1000 AD. This effusive civilization has completely vanished and after a bounding reign of over 2000 years, it lay submerged in a deadly enfold of its once life giving Jheel for another thousand years.

Deriving the surface figures is easy but one cannot brush aside the want of evidence as to the essential people, their society in entirety and customs, and the depths of their psyche as beings. That staggering knowledge is a desired fruit but denied by the immutable lapse of dampening time. That a civilization in life and flesh, much in the way as we are today, once flourished here and now only these little scattered fragments chronicle its existence, is probably a humbling truth. Nevertheless, in effect, they are as good an evidence as any stumbled upon from those bygone ages.

Today the site is a valued asset of historians, students and archaeologists, calling on its unique intelligence. Approaching it, the air breathes the vastness of its secrets and the death rattle of its decline. Delving in its mystery is indeed a worthy pursuit of easy and enigmatic erudition.

Nikita Gupta
Writer is student and her passion is painting 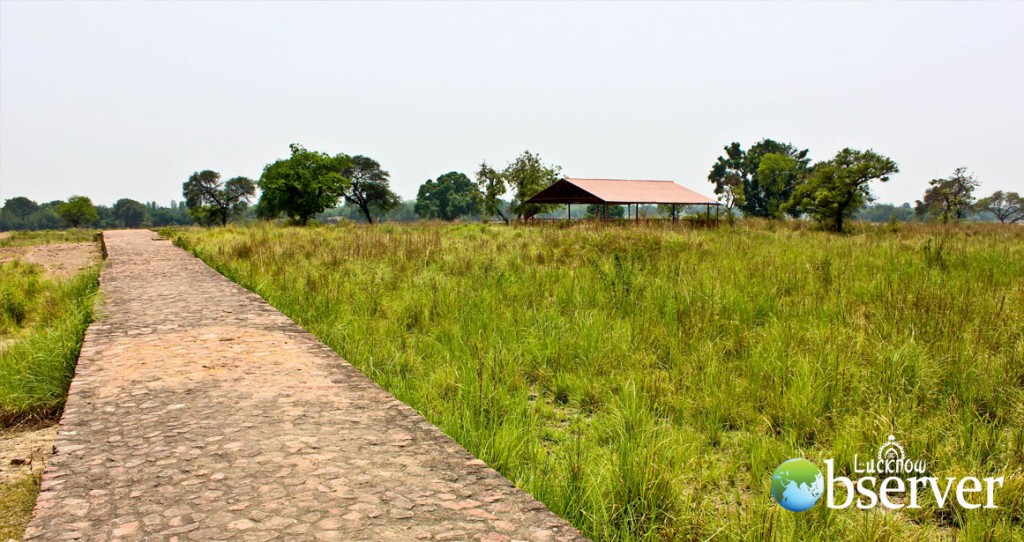