The months of May-June are considered to be one of the most dreaded months for Indian children. Along with the sweltering heat, comes the season of exam results. Every student, whether intelligent or mediocre dreads the day the results are supposed to be declared. The dread is not of the result, but of what comes next.

With the declaration of the results of the high school examination, every student has to face the task of choosing a career path. This moment is supposedly, what can be called as the moment of creation, the moment of truth, or simply a fork on the road. A sixteen or seventeen year old kid, who practically has more knowledge of cartoon characters as compared to the career options has to choose his way of life, one that will define him for years to come. Lack of practical experience and the ways of life leads to the child turn to his peers and elders for guidance. 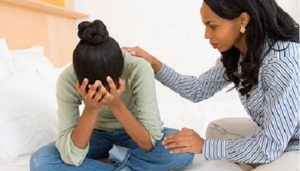 For Indian parents, career has become an extension of the marks one receives in their examinations and we have categorized each stream on a differential basis, rather than keeping them at a same level. For schools, marks have become a basis for allotting streams that one has to pursue. The education system has turned into a segregating machine rather than being one to create excellence.

Careers, by default, should be chosen by a person on the basis of their interests, aptitude and the skills they possess, rather than based on an evaluation system that promotes rote learning and restricts thinking. According to psychologists, parental pressure dominates children’s career choices even today. Despite the potential in offbeat and unconventional courses, most children are forced by their parents to take up the routine subjects of engineering, medicine and law – ostensibly as they offer a ‘financially safe’ future. Children should be allowed to explore all options and parents too must be willing to adopt a newer thinking, counselors advise.

With the advancement of technology and the changing scenario, the career options that one has today are limitless. Cooking, writing, public speaking, event management etc. are all good careers that are non-conventional and yet provide promising avenues but the parents tend too lean towards the “settled” and “safe” careers. They feel that opting for engineering or medical can guarantee a nice future but they forget that after graduating, all the students that chose the “safe” way are now competing for the handful of jobs that are available. This results in frustration and lowers the self-confidence of the child.

Observing my own family, I have seen people who have no liking for Maths or Physics, influenced or rather forced (for the lack of a better word) to pursue science subjects just so that they can claim that “My child is studying science stream”. I cannot seemingly fathom where did this selfless love for science has cropped up in the minds of our countrymen. We seem to have forgotten that for science to exist, all other streams need to co-exist as well. 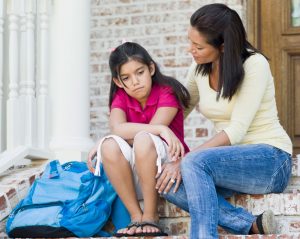 Career does not only mean aiming to be able to earn money, career is something that one should pursue with vigour and respect, not out of compulsion and peer pressure. Let us take a hypothetical example; a student who has no liking for Mathematics is forced to take up the subject for the parent’s wishes. The child goes on to study engineering, (because apparently that is the “safest” choice that exists). This wannabe engineer when faces the Mathematics of design is sure to falter and fail because the dislike for the subject leads to hatred and after a point of time; makes a person morbid at the sight of it. Now the question that arises is whether we would like to use things made by that person? Would he be an asset to the nation or will he just become a statistic in the vast pool of unemployable graduates that exist in India.

According to Aspiring Minds National Employability Report, which is based on a study of more than 1,50,000 engineering students who graduated in 2015 from over 650 colleges, 80% of them are unemployable. People attribute that to sub-standard education and lack of facilities, but there is another factor that most people fail to take into account. The fact that of these graduates, how many were actually willing to study engineering or for that matter any subject on their own accord?

I agree that parents are the idols a child looks upon and that they should guide their child towards career options, but that guidance should never reach to a level where the child has no say in the decision at all. A parent’s responsibility is to help the child reach a better decision. This can be achieved by encouraging him/her to take up internships to find out his interests, taking about various other and unconventional careers that have come up in recent years. This is a very important step that each parent needs to take. We need to immediately stop looking down upon other and unconventional career choices.

In a nutshell, the problem that we are facing is not something that can be solved by just explaining about it. The first thing that is needed to be changed is the mindset. Unless we have a broader perspective towards life, all career choices are merely shells in which we condition ourselves to fit and believe that we chose the right thing. Going right is not the solution, being true is. Life is not something that we live just to be safe; it is something that needs to be experienced. If people did not pursue their choices, we wouldn’t have known Elon Musk or had iPhones in our hands. Unless we are happy with what we do, no matter of pressure can make a person change. Let us keep the pressure to the physics and change our psychology to accept the minds of the next generation and not force our dreams upon them.

Siddhant Agarwal
The writer loves to spend time penning down his thoughts and reading books.