The last Nawab of Awadh was a great poet

A Lucknowite can feel the pain when one migrates from this beautiful city. That feeling of anguish was truly expressed by Nawab Wajid Ali Shah (30th July 1822-21st September 1887) when he was asked to leave his native city.

Wajid Ali Shah was the last Nawab or the 5th King of Awadh and was credited with magnanimous and passionate patronization of various arts and crafts. He was generous, kind and compassionate towards his subjects. When he ascended the throne, he took keen interest in the administration of justice, introduced reforms and reorganised the military department. 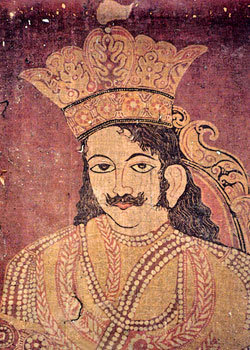 His reign (13th February 1847-11th February 1856 ) witnessed Lucknow flourishing as a great centre of music, theatre, dance, literary activities and much more. The main case for condemnation comes from the British Resident of Lucknow, General Sleeman, who submitted a report highlighting weak administration and lawlessness that was supposed to be prevailing there. The report proved to be the trigger the British were looking for, and formed the official basis for their annexation.

Recent studies have, however, suggested that Awadh was neither as bankrupt nor as lawless as the British had claimed. Dalhousie annexed the Awadh state and Wajid Ali Shah was exiled to Matiaburj, Kolkata.

Delhi was the centre of cultural and literary activities. But the decline of the court after the death of Aurangzeb in 1707 witnessed emergence of regional dynasties, of which Awadh was prominent. It was founded in 1722 and the court invited artistes and people from all walks of life to enrich the newly-formed state. The tradition in literature was started by Nawab Asaf-ud-Daulah, when the popular poets, including Meer Taqi Meer and Mirza Rafi Sauda, made Lucknow their home. Most of the Nawabs were either poets or patrons of literature, and even both. The highest prestige in the history of Awadh was earned by Nawab Wajid Ali Shah.

He has written ragas, thumris, khayal and the first Indian play that was dedicated to Radha-Krishna. He dramatised many other poems such as Darya-e-Tashuq, Afsane-i-Ishaq and Bahar-e-Ulfat. He is said to have composed many new ragas and named them Jogi, Juhi and Shah Pasand. In his book entitled Bani, Wajid Ali Shah mentioned 36 types of Rahas (a blend of Urdu and Raas Lila of Brij which became the basis of the Ganga Jamuni tehzeeb ) all set in Kathak style and gave exhaustive notes about the costumes, jewellery and stagecraft. He used the takhallus (nom de poete) Akhtar (star) for his compositions.

Marsias are in three volumes: Jild Marasi, Daftar-e-Ghum-o-Bahr-e-Aalam and Sarma-e-Imaan. Qasaid-ul Mubarak are his qasidas. Sahifa-e Sultani contains prayers called from the Quran. Risala-e Iman or treatise on faith on the woes of the people of Kaaba. Irshad-e Khaqani or treatise on prosody and rhyme. Ishq Nama is a book of love….to name a few.

He is also author of a collection of letters written by him during his exile in Kolkata to his favourite wife Zinat Begum, who he left behind in Lucknow.

The cult of Lucknow school of poetry possessed him. His compositions reflect aspects of his court and the life around. He showed his verses for correction to Muzaffar Ali Aseer and Fath-ud Daulah Barq, the reputed pupil of Nasikh. His court was adorned by Amanat, Qalaq, Bahar, Tasleem, Sahar, Zaki, Darakshan, Qabul, Shafaq, Bekhud, Hunar, Uttarad, Hilal, Sarur and many others. When he was leaving for Kolkata on 13th March 1856, he composed the famous thumri, Babul mora naihar chooto jaay, which was rendered so poignantly in Raga Bharavi by K.L.Saigal.

Satyajit Ray’s Shatranj Ke Khiladi was yet another portrayal of Wajid Ali Shah, although a bit debatable.

Asif Ali Mirza, who lives in Kolkata and is the fifth-in-line direct descendant of Nawab Wajid Ali Shah, says that he had tried every type of composition like qasida, ghazal, masnavi, salaam, qita, rubai and marsiya. Writing after the fajr namaz (morning prayer) was part of his lifestyle and he is author of 117 books, including some unpublished works. His language for all his compositions was pure Lakhnawi inspite of his three later decades lived in Kolkata. Little of Lucknow was created by him in the new land which is till today prevalent.

Nawab Wajid Ali Shah was so much loved by the people and it can be inferred from his title ‘Jaan-e Aalam’. His interest for the architecture is the Qaiserbagh complex and the various monuments in its vicinity. His love for literature and arts is still admired across globe.

‘Ganga Jamuni Tehzeeb’ of Lucknow was well reflected in his court. However, the 21st century Lucknow forgets him and his contribution to Lucknow. Monuments are decaying, arts are declining…. There is no road or landmark in his name.