A sketch of a Young Chief Minister,

This is the time for young guns of modern India to contemplate their thoughts for meaningful actions. Arise and fight! You will not grow while you cower in the dark, you will never be the person you were meant to be, until you stand in the light – so drop your fears – arise! Only a warrior chooses pacifism; others are condemned to it. And here we refer to a young Chief Minister, all of 41 years of age, Chief Minister of Uttar Pradesh, India’s most populous province. Mind you, he is the youngest Chief Minister of India today. 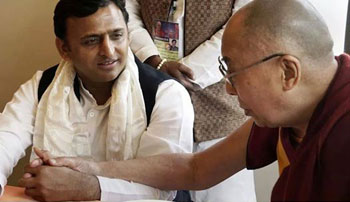 By all means, it is he, whose father, socialist patriarch Mulayam Singh Yadav, gave him a childhood name Tipu. He is Tipu to his daddy and dear ones. He is AKHILESH to his small army of buddies from school, college and University days and nights. He is Akhilesh Yadav to the eyes and ears, hearts and minds, spirit and soul of a vast humanity of population, more than one fifth of India and virtually one of the top ten biggest nations on the planet. The land of Taj Mahal, Uttar Pradesh, vital province of India’s Hindi-Urdu heartland, is the playground for Tipu alias Akhilesh Yadav. He has marvellously played on the turf, both grassland and wetland, marshmallow and craggy mountains, muddy lakes and sparkling waters of many rivers, including The Ganges and the Yamuna, Betwa and Ghaghra, ravines of Chambal and lowland of Azamgarh. 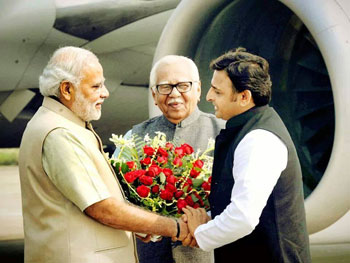 Quite a player, he has mastered the art of kicking football on the soccer grounds, hitting lusty sixes in the cricket field and pedalling wheels of bicycle in the spiritual search for balance in the modern world of science and technology. Achieving balance in the streets of socialism through the art of mindful cycling has become a forte for him for which he is indebted to the enigmatic genius of Albert Einstein. The ‘New age socialism’ of Akhilesh Yadav. Tipu thinks good and straight. Tipu thinks deep. Who doesn’t think deep? Tipu would often say! He is quite egalitarian in affairs of life. Politics is his life. Passion is politics! The first stop! The whistle stop! Nearly all of us on the planet think deep. Think deep. Nothing to feel sorry about that! Think hard, think right, think left, think good, think bad, but never forget to think deep and hard, clear and straight in the greater interest of humanism. Think humanity. Think socialism. Think socialist, make it the new anthem of public protest and welfare throughout the length and breadth of your neighbourhood, colony, village, block, district, town, city and country. Think secularism. Think democracy. Think diversity.

It was an October day in 1973 when Tipu was born in a dark village of Saifai. Four decades later, the child has turned many corners and assumed the halo of ‘Starlight of Socialism’ in India. Probably not even his daddy would know that his first son would be a Destiny’s Child. With the pacing walk of Tipu down the passing years, the fate and fortune of his native village also walked the ramp and emerged from obscurity to become a national pride in village world. The birth place was no more a dark corner where once upon a time in 1960s food crisis was severe enough to attract international attention! villages in India are a debt-ridden society since ever. Saifai was no different in ’60s and ’70s. Tens of millions of debtors have been ruined by hard times. 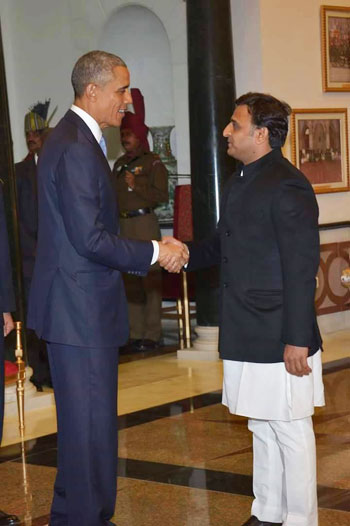 Tipu’s father and grandfather could have followed the beaten path. Audacity of hope and courage, however, saved them from hard times. They were treading the path of hard work, devotion, determination and perseverance. A farming unit by dint of sweat, blood and tears irrigated the fields of their dreams and aspirations. Tipu’s father Mulayam Singh first became a high school graduate, then a college graduate and later University graduate in political science. Quite a breakthrough moment for a village boy in those hoary days of lantern and moonlight in the night and scorching sunny day out in the fields! Such due diligence from a wrestler in the family of tillers was an astonishing feat when he turned in to teach students at Jain Inter College Karhal. Teaching was as noble a profession as saving lives by a doctor.

There is a saying in the world like if you are an idealist, then you are like a village idiot. But the idealist socialist couldn’t be a village idiot simply for raising the concerns of the poor people. Rustic wisdom of Tipu’s father triumphed over the Coca-cola gallery of English-speaking power salons of Delhi and Mumbai. Over the past five decades, home to hardcore socialist agitation and movement, Saifai of Etawa district has witnessed the crest and trough of socialism. Not without any reason and rhyme the village has become a model village of not only Uttar Pradesh but also of 1.2 billion-strong country, shining in the rainbow hues of peace, prosperity and cutting edge technology-aided hospitals, stadiums, colleges and orchards of fruits and fields of flowers and crops. 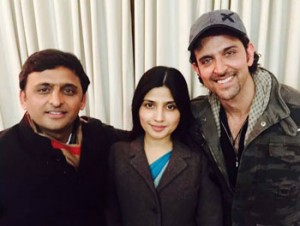 His electoral debut in the spring of millennium year 2000, few months after tying the nuptials knot with his ‘diamond dust’ love interest, Dimple, beauty in elegance and simplicity, on 24 November 1999, was a sedate, yet strife-torn struggle powered by sugar and salt of sacrifice. Even before the 26 years old groom could cherish the bliss of newly-wed cravings on a honeymoon, stalwart and mentor Janeshwar Misra proposed the name of Tipu to contest from Kannauj. Kannauj is the perfumery of India’s socialism. Not only about the prospering perfume industry like Grasse of France, perfume capital of France, but also about Lohia’s spiritual socialism connection. 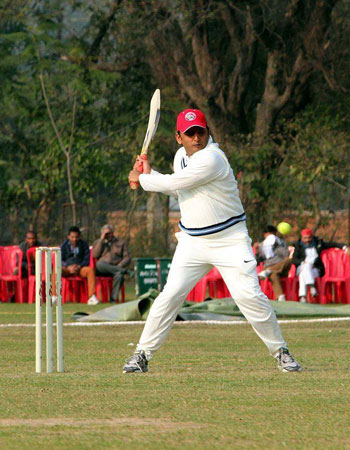 Even after a decade into the toil and tumult of public life, he continues to be steadfast in his family commitments. For Dimple, he is a romantic husband and for three children, Aditi, Tina and Arjun (Tina and Arjun are twins) he is a doting daddy and indulgent father. As people say the rest is history. Toddler as he was, he began to climb the stiff and craggy curves of Uttar Pradesh politics, one step at a time. In a decade-long journey, the lover of mountainous treks of Australia and southern Indian hills and plateaus could pedal to power with authority and grace so profound that his success stunned political pundits into disbelieving silence.

The turning point, however, in his fledgling political career came in the second year of second decade of the Twenty First century. Scripting the new season of spectacular success in the March of 2012, he emerged with phenomenal confidence and calibre to win the sobriquet of ‘New Young Turk’ of contemporary Indian politics. Such was the tectonic shift in power pendulum with a landslide victory in Uttar Pradesh Assembly elections, his young as well as old rivals on the other side of ideological divide, namely Bahujan Samaj Party, Congress Party and the BJP, were licking their wounds in defeat and degeneration.