The Ambassador of Hindu-Muslim Unity

The pact represents a major milestone in the history of India struggling to free herself from the clutches of the British raj. In the race of finding her own identity, came the challenge of accommodating multiple communities that make up for the essence of India. This was one of the hit and trials that political organizations/ two major religious communities took up, in the common quest of self rule.

Containing different diverse communities and their diverse demands, and standing on her own feet, has not been an easy task for India. There are many decisions taken and agreements made, that have gone into the making of the world’s largest democracy. One of them being, the Lucknow Pact (1916) between the Indian National Congress and the Muslim League.

In its earlier years, Muslim League was a moderate organization with the basic aim of establishing friendly relations with the Crown. The relations between the British government and Muslims started to get tensed due to aggressive and unilateral policies of the British. The partition of Bengal in 1913 was going to play an important role in how their relations were shaped in near future. After strong protests from the Hindu community in Bengal, the British government had to cancel the partition. Finally it was the decision of the British Government to annul the partition of Bengal that the Muslim leadership decided to change its stance and distance itself from the Crown. There were many incidents like the Kanpur mosque incident and the British policies in the international system that added fire to them breaking away from the British.
Within the Indian National Congress at the same time, the party members, in search of their true goal, started taking inspiration from Lord Chelmsford’s invitation for suggestions from the Indian politicians for the post World War I reforms. They knew it was time they figured more prominently in the big picture of Indian political scenario. They knew they could not limit their functionality to giving ìsuggestionsî to the British on governance on their own land and their very own people. They were not happy and were driving towards the idea of self- rule.

The timing of this and the rise of the Muslim League against the British could not have been better. Had it not been for this synchronization, things would not have turned out as they did.

In 1913, a new group of Muslim leaders entered the Muslim League with the aim of bringing together Muslims and the Hindus to stand up for their common goal. Muhammad Ali Jinnah, already a member of Indian National Congress, played a significant part in it. Jinnah arose as a devoted champion of Hindu Muslim unity, he convinced all India Muslim league to change their policies for the better of India. He was commonly known to be free of any religious prejudice, and was a brilliant advocate and debater. In 1915, mainly due to his efforts, both the Muslim league and the Congress party had their annual meeting in Bombay. At the end of this meeting, a committee was formed with the intention to sort the common understanding between the two communities. The committee prepared a scheme in November, 1916. The scheme was approved by both the parties in December, 1916 at the respective sessions at Lucknow. Quaid-e-Azam, in his presidential speech at Lucknow, said ìIndia’s real progress can only be achieved by a true understanding and harmonious relations between the two great communities. With regard to our own affairs, we can depend upon nobody but ourselves. “After the pact was signed. Sarojini Naidu gave Jinnah, the title of “the Ambassador of Hindu-Muslim Unity”. 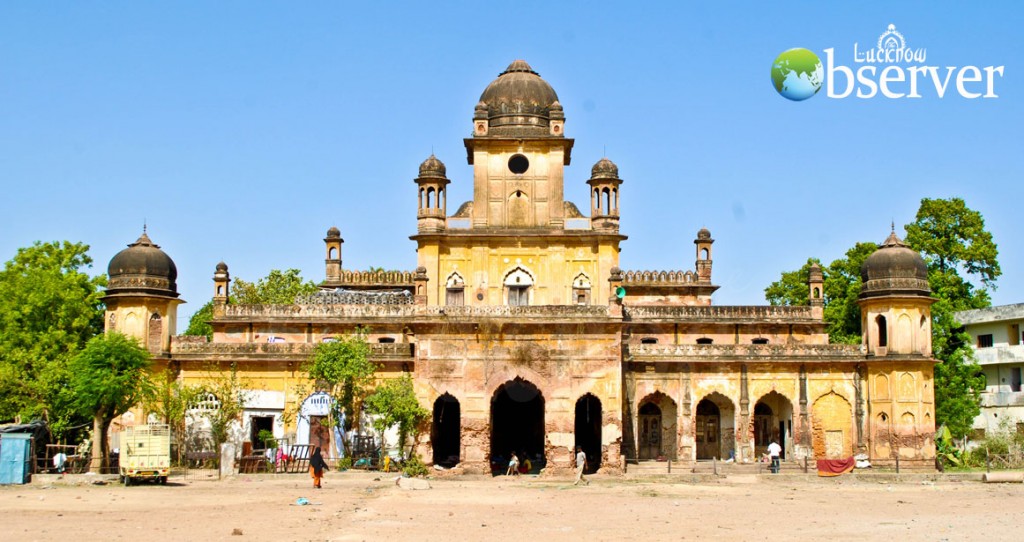 The famous Lucknow Pact (1916) between Indian National Congress and Muslim League was signed at the very building.

The dream of self rule brought both the Muslim League and Indian National Congress closer. The Muslim League joined hands with the Indian National Congress in order to collectively put pressure on the British Government for greater autonomy and decentralization of power from the British to the Indians. They did this through Lucknow pact that consisted of an agreement between the two, in which the League retained the right to modify self-rule in accordance with their community’s needs. These included separate electorates for Muslims.

The congress agreed to the right to separate electorate for the Muslims (which was for the first and last time in the history of India). The party agreed upon the condition that the Muslims would have one third representation in the imperial legislative council.

The provincial legislative council would have fourth fifth as elected members and one fifth as nominated members. The members would have to be elected by the  people directly for a term of five years.

No bill, nor any clause thereof, nor a resolution introduced by a non-official member affecting any community, shall be presented in the assembly without approval of the concern group. Provincial autonomy will be given to the province with maximum powers vested with the provincial council.

There shall be an executive council in the province headed by the governor whose half of the members must be of Indian nationality, elected by the elected members of the legislative council, their term of office being five years.

The Lucknow pact was a great achievement for Hindu and Muslim leaders and represented the first mutually acceptable solution of the Hindus Muslims. The scheme appeared to have provided for a significant step in the direction of the establishment of self-rule in India, which was the main aim of the jointly backed Lucknow pact. The Congress first time accepted the demand of separate electorate for Muslims. The pact ensured the protection of political rights of Muslims. Muslim league separate status was also being accepted. Through the pact the both parties were able to put a joint demand before the British. Congress got strength in term of political and masses because it had got All India Muslim League Supports.

It was give and take sort of agreement between the both parties. The Muslims had to pay a big price of loosing majority in Bengal and Punjab to obtain some concessions. Similarly, it carried great constitutional significance in the future for many developments. The scheme of representation of Muslim community in the central and provincial legislatures as embodied in the Lucknow pact was generally followed in the Montague Chelmsford reforms.

Though by the end, the pact could not consummate in reality maybe due to the communal angle to its provision of separate electorates, of which many disapproved, and due to some gaps, it sure stirred the simmering cauldron of Indian politics.