World No Tobacco Day was first introduced by the World Health Organization to be celebrated as a most recognized event all over the world in order to make people easily get aware of all the problems and health complications occurred by the tobacco chewing or smoking to prevent all the health hazards to make the whole world free of tobacco and healthy world of people.

The main objective of celebrating the World No Tobacco Day all over the world is to promote and encourage the common public to reduce or stop the use of tobacco or its products consumption as it may lead to the some lethal diseases (cancer, heart problem) or even death.

Individuals from different region of the country, non-profit and public health organizations get participated very actively in the campaign celebration to get global success and involves in distributing placards, posters display having latest theme and information related to the bad effects of tobacco use or its product smoking.

Some of the activities which are organized for celebrating the day are public marches, demonstrations programmes, big banners, advertising campaigns through educational programs, direct oral communication with common public to encourage and promote them to stop smoking, organize meetings for involved campaigners, marches, public debates, anti-tobacco activities, public art, health camps, rallies and parades, implementing new laws to restrict the smoking in particular areas and so many effective activities. It has not been declared as a public holiday or official holiday however; it is celebrated with lots of effective campaigns.

It also aims to keep constant watch on the companies involved in the sell, purchase or advertisements of tobacco or its products to enhance the consumption of their products. In order to make the campaign effective, WHO creates a special theme of the year related to the World No Tobacco Day. This event celebration plays a big role in drawing attention of public and government towards the real need of all the effective measures for preventing tobacco consumption on world level as well as makes the environment a pollution-free environment.

It is very necessary to ban or stop the use of tobacco on global basis as it leads to many illnesses like Chronic Obstructive Pulmonary Disease (also called COPD), lung cancer, heart attacks, strokes, chronic heart diseases, emphysema, variety of cancers and etc. Tobacco can be used in many forms such as cigarettes, cigars, bidis, creamy snuff (tooth paste), kreteks, pipes, gutkha, chewing tobacco, hand rolling tobacco, snuff, water pipes, snus and many more so it is very necessary to ban the use of tobacco products as well.

Tobacco use is the single most preventable cause of death; Tobacco use kills at least one out of the 10 people worldwide every year whereas the number of tobacco user all around the world is 1.3 billion. We can control around 100 million of premature deaths of people by reducing the tobacco use by 20-25% by 2020 which is possible by applying all the anti-smoking efforts and measures such as banning the TV or radio advertising for tobacco, launching new and effective public awareness campaigns displaying dangers and necessity to stop smoking in the public places. According to the statistics, it has been noted around 37.6% reduction in the number of smokers in 1955 whereas 20.8% in 2006.

But progress toward ending tobacco has stalled. Most notably, there is a rise in smoking among youth — especially among girls. Today more girls than boys smoke — a reversal of rates among their parents. When you consider that most smokers begin the habit before they hit 18, it’s a particularly worrisome development.

As a global community, we know how detrimental smoking is to health. Why can’t we stem the growing trend of smoking among youth and in emerging markets?

We’ve known about the toxic effects of smoking since the long. 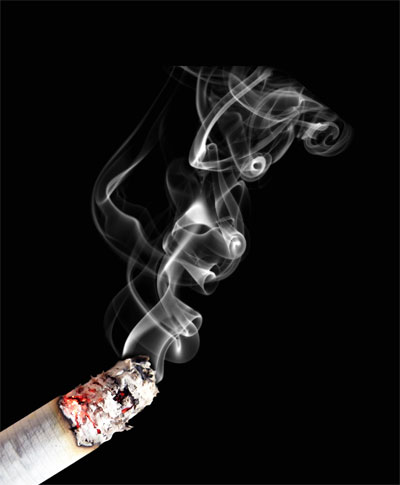 By putting forth robust efforts against tobacco use today, countries can drastically reduce long-term health costs that result from lung cancer, heart disease, upper respiratory infections and other tobacco- related illnesses. No country can afford to ignore the problem of tobacco use. Governments and the private sector must also consider the economic ramications that result from absenteeism and loss of productivity due to illness. Innovative companies have shown benefits of well- designed workplace tobacco control programs (that include financial incentives). They need to be the norm. Beyond this, governments also need to invest in health education and smoking cessation programs as part of broader chronic disease prevention efforts.

We need to be alert to these developments and stay focused on one question: What do they mean for health?

Today we need to reach out to all tobacco users with a few simple messages. Tobacco kills. Don’t start. If you smoke — quit. Your country can’t afford your habit.

Raising taxes on tobacco in support of the reduction of tobacco consumption is a core element of the WHO Framework Convention on Tobacco Control (FCTC), an international treaty that entered into force in 2005 and has been endorsed by 178 Parties. Article 6 of the WHO FCTC, Price and Tax Measures to Reduce the Demand for Tobacco, recognizes that “price and tax measures are an effective and important means of reducing tobacco consumption by various segments of the population, in particular young persons”.

WHO has taken many steps in reducing or banning the use of tobacco or its products by establishing an event called World No Tobacco Day and various other health awareness campaigns on world level. Some of the special steps taken by the WHO towards no tobacco use are mentioned below: