It was the year 1958, a thirteen-year-old girl sat in her apartment’s balcony and gazed longingly at the cinema hall that stood right across. On display at the cinema’s facade was the poster of Dilip Kumar’s latest film – Yahudi. That morning, excited to see the new poster, the girl had gone running to her ‘Daddy’ and said, ‘Daddy hum Yahudi dekhenge’ more in the tone of a declaration than a request. The disciplinarian ‘Daddy’ had looked at her disapprovingly and said, ‘Yahudi nahin behudi’, (Behudi in Urdu means indecent). The dejected young girl had to make a do only with gazing at the poster of Yahudi and never got to watch the film. It was a time when neither there was Internet nor television, cinema was the only major source of entertainment. Dilip Kumar was the reigning superstar and everyone eagerly waited for his films. But it was also a time when children and youngsters were not allowed to see too many films. Cinema was considered a bad influence. For a teenaged girl who lived in an apartment located right opposite a cinema hall, it was particularly hard to live with the temptation. The apartment was located in the Lalbagh locality of Lucknow, the cinema hall was Novelty Talkies, the young lady was my Aunt, now in her late sixties and the disciplinarian ‘Daddy’ was my late grandfather. In those times, cinema halls were landmarks of a city and centers of great interest for the general public. Lucknow had many popular cinema halls but my family had a special bond with Novelty Talkies.

The renowned Bhargava family of Lucknow opened novelty Talkies in 1946. The first film that screened there was Anmol Ghadi. Bhargavas took a loan from Hindustan Commercial Bank to open the theatre and gave the charge of running the theatre to Gur Narain and Kamal Narain & Co. of Delhi. For reasons unknown the loan was not paid and the bank auctioned Novelty to recover it. Hukum Chand Gupta, the famous businessman of Lucknow, bought over the theatre. The Delhi company had been running Novelty on lease and to get it vacated a case was filed by Rakesh Gupta, son of Hukum Chand Gupta, in 1970. The case went on for 10 years and was finally decided in favour of Rakesh Gupta. In January 1981, the Supreme Court shut down the theatre. It was reopened after renovation in September of the same year. The first film to be shown there after reopening was Yash Chopra’s cult film Silsila. Novelty is one of the very few theatres of Lucknow that have evolved with time and have survived the multiplex avalanche.

It was the year 1964, a young gentleman in his twenties who ran a little shop in Lalbagh, watched another Dilip Kumar blockbuster at Novelty. He totally loved the film and got particularly fixated to a courtroom scene in the film. The next day he watched all the four shows and made a note of the exact time of that scene in each of the four shows of the day. He befriended the guard- cum-usher of the theatre, a typical ‘torch- bearing’ figure of those days and convinced him to let him enter the theatre four times a day, just to watch that particular scene. Such was his obsession that he left his shop and all his work exactly at those four times and went to watch his favourite scene, every day till the film ran in Novelty. It was an emotionally-packed court room scene between the hero Dilip Kumar and the heroine Vyjanthimala. The film was Leader. In those days devoid of options like DVDs and illegal torrents, this was the only way he could have watched one scene over and over again till it got saved in his memory for posterity. The young man was my Uncle, now in his late seventies.

In today’s multiplex culture the films do great business in a very short time. The ticket prices are high and the number of shows are more, films easily cross the 100 crore mark within a week of their release. But their overall running time in the theatres and their impact on the audience’s memory has dwindled tremendously. Even today good films are made but the access to them is easy with the availability of DVDS, TV, YouTube and the illegal uploads of the film on the Internet. Before the television was introduced in India, the access to films was limited. Once a film went off the theatres, getting to watch it again was nearly impossible. This made the world of films even more fascinating for the film lovers. They watched the same film over and over again till they memorized nearly every dialogue of it. That is why the ‘hit’ films ran for weeks, months and even years. They celebrated Silver and Golden Jubilees. Dilip Kumar’s Ganga Jamuna celebrated a Golden Jubilee at Novelty. Years later Hum Apke Hain Kaun captivated the audiences for 52 weeks, a complete year. Sangam, Jis Desh Mein Ganga Behti Hai, Raja Aur Rank, Sharabi and Maine Pyaar Kiya were the Silver Jubilee films in Novelty’s history. 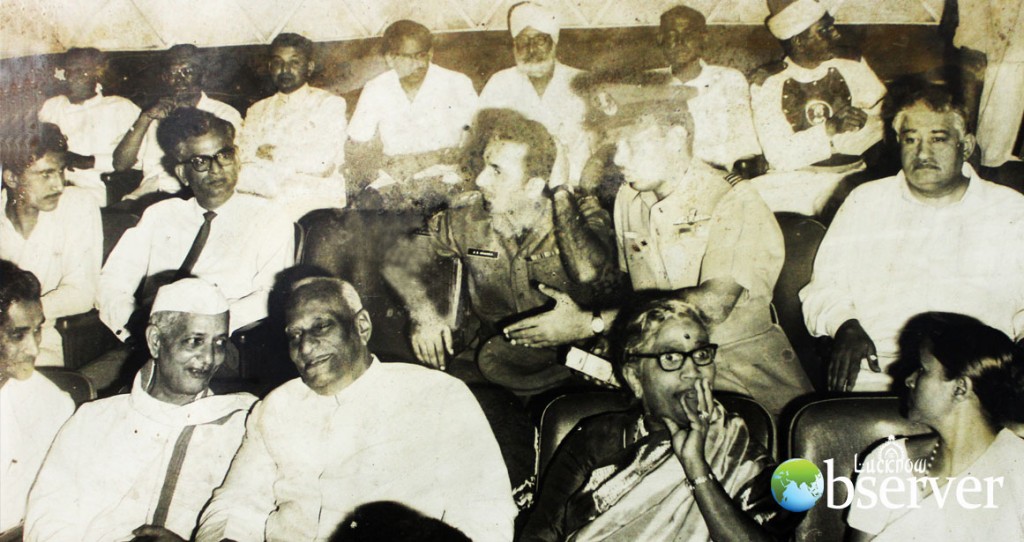 In the year 1998, as a thirteen-year-old even I demanded to watch a film, just like my aunt. But the difference was that I was allowed to watch many more films than she ever was. Although the family no longer lived in the Lalbagh apartment but Novelty had continued to be our favourite theatre. My brother took me to watch the film. Since it was the first week, it was running ‘housefull’ and he had to buy the tickets in ‘black’. These terms are almost unheard of for today’s multiplex generation. The film was Karan Johar’s debut, Kuch Kuch Hota Hai. I remember watching almost all the films at Novelty until I moved out of Lucknow in 2003 and that was also the time when multiplexes started coming up.

Even today, cinema continues to be one of the biggest sources of entertainment and movie buffs still fall in love with the dialogues, scenes and songs of certain films but the easy access to them even after the film goes off the theatres has taken away a great deal of charm from the experience. The relationship, the inexplicable bond that the film lovers shared with the cinema halls of the city is certainly not as strong anymore.

Even now whenever I visit Lalbagh, during my Lucknow trips, I feel like driving past Novelty to see which film is currently showing there. It brings back so many memories of my childhood, so many collective memories of my family. Most of the old Lucknowi families share this sentiment for this theatre that has, in some way, kept the old-world charm of movie- going alive. Every time old Lucknowis drive or walk past Novelty, they are sure to say something like ‘college ke zamane mein yahan bunk maar ke film dekhne aaya karte the’, or ‘tumhari Bhabhi ko shaadi ke baad pehli film yahin dikhayi thi…’

Writer is from Lucknow and now living in Bangalore. She is Jewelry Designer by profession