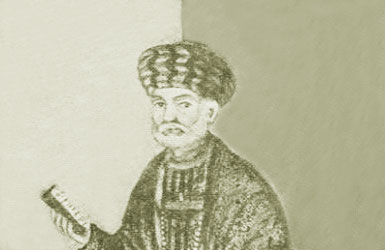 No single personality has been at the centre of political domination in Awadh, and for such a long period of time ( 1793 – 1837 ), than Nawab Meerza Mehdi Ali Khan, Muntazim ud Doulah alias Hakim Mehdi. He has rightly been described by the British as “the stormy petrol of Oudh politics”. He was born in Kashmir around 1743-44. His father Mir Mohammad Saeed alias Khwaja Sakhi traces his descent from Janab Ibrahim, a son of Imam Moosi e Kazim (A.S.), the 7th Imam of the Athna-e Ashari sect of Islam. Hakim Mehdi had an elder brother, Mir Hadi Ali Khan. Humayun, the 2nd Mughal King, after being defeated by Sher Shah Suri in 1540, was given shelter by the Safavid Kings of Persia and had stayed there for 13 years. After getting back the throne of Delhi in 1553, with the help of Persia, Humayun brought along with him, some very important and able administrators to India; he had also established marital relations in Persia, and Syed Ghulam Haider Ibn-e Syed Mohammad Haider, an ancestor of Hakim Mehdi, was one of them, and who was also an expert on revenue collection.

Syed Ghulam Haider was given a Khilut and Jagir by Humayun in Awadh, known as Kunwah Khera that consisted of 996 villages, and ran from Khairabad, Maholi, Sitapur, Laherpur, Talgaon, Mankapur, Arro, Kasraila, Rahimabad and Muhamdi. Unfortunately, Humayun died within a year or two after getting back the throne, and Syed Ghulam Haider was not given much of an attention by the godfathers of Akbar, a minor. The extreme climatic conditions, especially the summers, did not suit Syed Ghulam Haider; as a result of which, he sold off his Jagir and shifted to Kashmir in the early 1560s. It was not until the last quarter of the 18th century, when Mir Mohammad Saeed alias Khwaja Sakhi, and father of Hakim Mehdi, came to Lucknow and joined the staff of Asaf-ud Doulah. Hakim Mehdi, after his father’s death became an important member of Nawab Asaf-ud Doulah’s second circle and through the help of Ikram Ullah Khan got the ‘Mustagiri’ (contract) of Bareilly as Chakladar. By 1801 he came into the notice of Nawab Saadat Ali Khan, who was pleased to appoint him Nazim of Mahumdi on a contract of Rs 3,11,000 in 1804 and in 1807 getting a contract of Khairabad for Rs 5 lacs. These two Nizamats were so successfully managed that after paying the state dues, a balance of about 4 lacs was left in favour of the Hakim, while the territory flourished and the peasants were happy.

His efficiency and alertness attracted the attention of the Nawab, as a result of which, Hakim Mehdi got for his elder brother, Mir Hadi Ali Khan, Saif ud Doulah, the Nizamats of Gonda and Bahraich while he himself concentrated upon improving his position and influence on Nawab Saadat Ali Khan. He was thoroughly successful in his efforts, as a result of which, he became a confidante of the Nawab as well as becoming the chief Minister in the Nawab’s ministerial circle. His efficiency and ability is reflected in the recommendation of Baillie, the then Resident to the Nawab, who writes about the Hakim, “I know none of Your Excellency’s servants of greater ability than Hakim Mehdi Ali Khan, nor indeed any so well qualified as he is for the performance of the duties which I have mentioned.” The same Resident had strained relations with the Hakim, where he came to believe that the Hakim was opposing the introduction of the reforms in Awadh and was the chief obstacle in his way. On 20th June 20 1811, he wrote to Edmonton that he had reasons to believe that His Excellency the Vazier, “misled by the pernicious and interested councils of his present sole adviser, Hakim Mehdi, to whose advice he has seemingly abandoned himself during the last two months, had determined on evading a reply to my letter of the 20th ultimo”. He was declared to be “the enemy of reform, a traitor”, and thus removed from office. Hakim Mehdi was not against reform in the administration; but he disliked the encroachment of the Resident on the internal affairs of the Government, for he believed that it would ultimately place the state under full control of the British. The initiation of the proposed reforms by the Resident was in his opinion directed towards that end, hence he opposed it.

His straight talk and business-like manners had an air of roughness about them, hence in high circle and flattery loving atmosphere they began to speak ill of him. The next Resident, after Baillee, Mr. Maddock, also conceived a thorough dislike for him, regarded him as “decidedly inimical to English influence” and wished either to drive him out or rule over him. He wrote volumes of complaints to the Governor General but William Bentinck would not attach more importance than they deserved. On the other hand, in his Minute of July 1831, he wrote “I believe of no such hostility on the part of the minister. He is indisputably one of the ablest men in India, and is not surpassed by any other individual whether European or Native as Revenue Administrator My hope has always been and is, that able as he certainly is beyond all other men to reform the administration he will be equally willing to accomplish this greatobject”.

In accordance to royal orders, Nawab Mehdi Ali Khan assumed charge of Prime Ministership on 17 Jamadus Sani 1246, corresponding to 4th November 1830, and began carrying on the administration economically”. He had great administrative ability though far from scrupulous, and was honest. He worked nobly and accomplished much, he was not free from the vice of arrogance and his want of courtesy to the men he had to deal and the harshness with which he carried out retrenchment. He made him exceedingly unpopular and contributed to his downfall.” (Mill’s History of British India) Bishop Heber, a contemporary traveller, says, ” Hakeem Mendee, a man of considerable talents, great hereditary opulence, and to the full as honest and respectable in his public and private conduct as an eastern vizier can usually be expected to be,”. 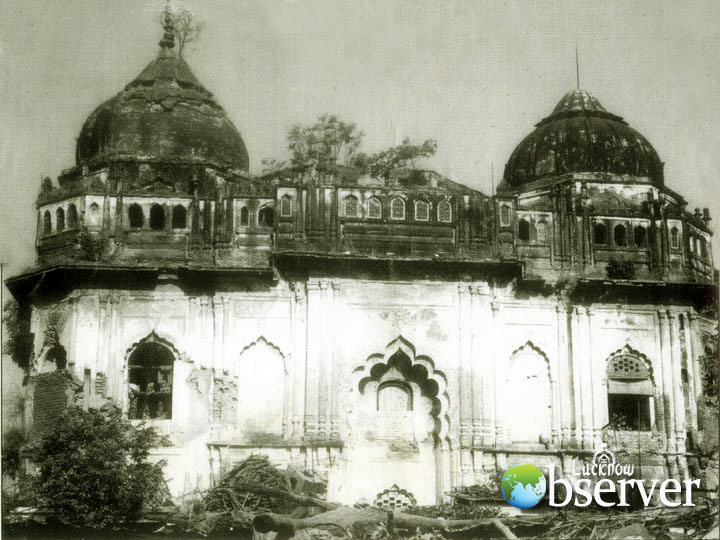 Mehdi Gunj, a part of the Saadat Gunj ward, the south-western portion of Lucknow, was established by Hakim Mehdi and is named after him. Darushshifa Lucknow, the hospital was established by Nawab Mehdi Ali Khan. The hospital had indoor facilities and an attached pharmacy for preparation and dispensing of drugs. The first head of the hospital was Mirza ‘Ali Akbar Bin-Al- Haj-Ghoghai. The hospital continued to function for a long time. He established Madrasah Sultaniya as an educational institution near the tomb of Sa’adat Ali Khan at Lucknow. The school building had also lodges for the students. Hakim Mehdi had started another educational institution, within the vicinity of his three storied palatial residence at Nabehra – exclusively for the Kashmiri students with a staff of ten teachers. The madrasa provided free boarding and lodging to the students. He also established a lithographic press at Golagunj in 1829, which had an English manager on a salary of Rs 500 per month. Hakim Mehdi possessed an administrative skill such as few high officials of the later Nawabi period had. He assumed charge of Prime Ministership first in 1830 for 2 years and then in 1837 for 2 months. He died on 25th December 1837, and is burried at the Maqbara Hakim Mehdi, opposite the Taleemgah-e Niswan College, Jagat Narain Road, Lucknow, near the King George Medical University.