A Pillar Of Islamic Teaching

During the late 19th century a movement was started by some leading Islamic scholars of the country to propagate the Islamic doctrine as a universal religion and a mercy for mankind. It was felt that to accomplish this objective educated and trained scholars would be required who had acquired deep knowledge of the holy Quran and Ahadees. Together with this, a system and syllabus of education should be prepared which extends its boundaries of imparting education and had the capacity to cope with the requirements of an ever changing world.

Within a few years the movement drew the attention of all and it was felt that an institution should come into existence to prepare scholars and preachers who could impart Islamic knowledge and values. As such, Darul Uloom Nadwatul Ulama was founded in 1898 AD corresponding to 1315 Hijri. Distinguished Muslim scholars and personalities participated in the constructive development of this institution. The most eminent of these was Hazrat Maulana Mohammad Ali Mongeri who was a successor of Maulana Shah Fazlur Rahman Ganj Moradabadi. Besides him, Allama Shibli Nomani took active interest in the institute’s progress and contemporary Islamic scholars like Maulana Syed Abdul Hai Hasani, Maulana Habibur Rahman Khan Sherwani and others contributed to the academic development of Darul Uloom.

In the following years Darul Uloom made tremendous progress under the Nizamat of Maulana Abdul Hai and, thereafter, under Dr. Abdul Ali Hasani. Many realistic improvements were implemented in the academic syllabus and the scholastic system, laying emphasis on producing own course material as per the needs of the time. In the course of this activity, Darul Uloom was fortunate enough to have the services of scholars like Allama Taqiuddin Helali and Khaleel Arab Sahib.

After the demise of Dr. Abdul Ali Hasani, Maulana Syed Abul Hasan Ali Nadwi became the Nazim. Under his able guidance and administrative skills Nadwatul Ulama progressed in all spheres – religious, educational and teaching. Furthermore, Maulana Ali Mian, as he was popularly known, was instrumental in the establishment of several social, religious and legal guidance centres within the framework of Nadwatul Uloom. These centres are till date functioning smoothly. Some of these are the Board of Religious Research (Malis-e-Tehqiqat Shariah) which comprises of Islamic scholars of the country who are expert in jurisprudence and provide guidance to Muslims in the face of contemporary issues and problems. Board for Social Reforms (Islahe Muashara) undertakes the task of reforming the society as per the doctrine of Islamic law and Hadiths. Islamic Research and Publication Centre (Majlis Tahqiqat wa Nashriyat Islam) is although an independent body, the Rector of Nadwatul Uloom is the chief patron of this centre and it works in close coordination with the management of Nadwa. The main objective of the centre is publication of books and periodicals in Urdu, Arabic, English, Hindi and even Bengali. In 50 years of its existence more than 328 books have been published and, as per Mohd. Kalamuddin Nadwi representative of this centre, many of these have been reprinted having run out of stock. A large number of these books have been written in various languages by Maulana Abul Hasan Ali Nadwi, Maulana Syed Salman Nadwi, Maulana Syed Rabey Hasani Nadwi, Maulana Mansoor Nomani, Maulana Abdul Majid Daryabadi and Syed Athar Husain, the later being the father of this contributor.

Maulana Syed Abul Hasan Ali Nadwi always held the opinion that language and literature are a divine blessing and had the capacity to make a positive impact on the common good of humanity. In order to accomplish this end he called for an international seminar in 1984 where scholars of the world expressed the need to establish an international organization of Islamic literature. Two years later, an international conference was held in Nadwaul Ulama which was attended by literary figures, professors and poets of India and Arab countries and an organization by the name of Rabita Adab Islami was formed with headquarters at Nadwa. Maulana Syed Abul Hasan Ali Nadwi was made its Founder-member. It is pertinently to mention that he was also associated, in some capacity, with several other religious, literary and cultural organizations in India and abroad.

Other associations under Nadwatul, Ulama are the Islah Association (Jamiatul Islah) which is an association of the students and is a medium for them to showcase their literary and cultural abilities. Section of Judiciary (Fiqa wa Ifta) has been running since the beginning, where requests seeking religious opinion from the country and abroad are received and addressed to. The Islamic Court (Darul Qaza) decides upon family disputes and also imparts religious and national guidance for Muslims. The basic aim of the institute is guidance and preaching of Islamic beliefs according to the doctrine of Islam and this task is undertaken by the section called Dawat wa Irshad. 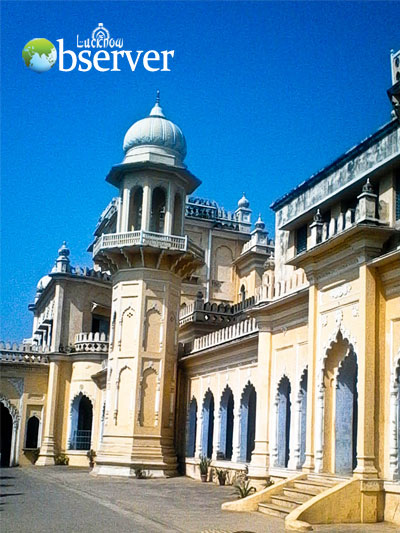 An important feature and an asset of Nadwatul Ulama is the Allama Shibli Nomani Library which is housed in a magnificent five storey building within the campus. The collection of 2 lakhs books and 5000 manuscripts is divided into three sections – printed books, manuscripts and the English section and each of these sections is supervised by a Nazim. According to Naimur Rahman, Academic Assistant, there is a small museum on the second floor consisting of the books donated by Maulana Ali Mian. Other smaller libraries within it are of Syed Siddique Hasan and Maulana Hakim Syed Abdul Ali. There are also some precious handwritten Qurans which have been preserved in specially made boxes. It is quite magnanimous that most of the course books are issued by the library to the students for their study and are returned after the annual examination.

Keeping pace with its literary endeavors Nadwatul Ulama also publishes several journals. Al Basul Islami was started in 1955 by Maulana Abul Hasan Ali Nadwi in Arabic language. Now Saeedur Rahman Azmi is its Chief Editor. Al Raid is the first Arabic fortnightly of India and Pakistan. Students of Annadi Al Arabi are its contributors under the supervision of the Rector, Maulana Rabey Hasni Nadwi. A fortnightly, Tameer Hayat, in Urdu was started in 1963 in order to develop theological and scientific activities among Muslims. A monthly journal by the name of Fragrance is published for English speaking people to keep them abreast of Islamic theology. Similarly, on the request of many people publication of the Hindi journal Sachcha Rahi was started in 2002 and since then has become very popular among the masses.

Syed Mohd. Hamza Hasani Nadwi, Secretary, informed that out of a total strength of more than 3000 students almost 90% are provided free education and some worthy students are also given stipend to cover their food expenses. There are nine hostels for the students which include foreigners from Indonesia, Malaysia, Nigeria, Thailand, South Africa, Uganda and Egypt. More students from Europe could have also joined if they had not been denied Visas by the government. It is quite remarkable that a budget of 9 crores (2014) relies solely on contributions from individuals and other social and humanitarian organizations, as well as Zakat. In view of the excellent contribution of this institution in Islamic education and in providing guidance and counsel to Muslims all over the world, the Muslims on their part should equally support, if not more, Darul Uloom Nadwatul Uloom by all possible means and resources.

As the learned teachers and scholars of this great institution have been urging upon their country-men, it is incumbent to inculcate a spirit of selfless service for the welfare of others, develop respect for mankind, protect life, property and honour of fellowmen, firmly stand up against oppression and have a firm belief in the All-knowing Power or else, in the words of Maulana Ali Mian, we will, like the westerners, loose the warmth in our hearts and moisture in our eyes.

Before I close, a brief look at the academic part of the educational institute. The academic classes are divided into four stages – Primary (Mahad) covers a period of 6 years which are conducted at various Makatib and Madrasas spread over the city. The secondary (Mahad) consists of 5 classes and this stage is equivalent to middle & high school level of contemporary schools. The third stage of Kulliya (Graduation) consists of 4 academic years which is equivalent to Intermediate and Graduation. Arabic literature, Hadith, Fiqha (Islamic Law) and Tafseer (commentary on Quran) are taught during years. The fourth is Ulya or Post Graduation. A special condensed course has recently been started for students who are more conversant in English as compared with Urdu or Arabic.