The timeless beauty of chikan and its elegance traces its origin to Lucknow. The word ‘chikan’ has been derived from Persian word ‘chikin’ or ‘chikeen’, which means kind of embroidered fabric or in particular needlework on colourless muslin called ‘tanzeb’. The origin of chikankari has undergone numerous interpretations. It is believed that the chikankari broadly refers to the period of Nawabs. Sharar mentions in his book ‘Guzishta Lucknow’ that it was during Nasir- ud-Din Haidar’s time, a four-cornered headgear was invented. To make it look fashionable the panels of the cap were covered in thin muslin upon which kaamdani or gold and silver crescents and designs were stitched in different colours. Popularity of chikankari is also linked to the Mughal harems. Jahangir’s wife Noor Jehan was inspired by 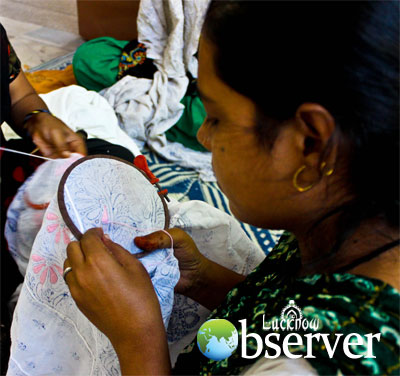 Turkish embroidery, which led to the innovation of chikankari. The origin of Chikankari is initiated by the influence of intricate carving patterns of Mughal architecture during their period. The Chikan work in Lucknow is older than 200 years and later it is patronized by Nawabs. Since then it has evolved and attained its glory and perfection in Lucknow, the capital of Uttar Pradesh. It not only enjoyed patronization of the Mughals but also attained perfection as the exquisite needlework and handwork underwent further honing and refinement. Admired the world over today, the art has trickled into every section of fashion world and every part of India. Lucknow has sustained an unrivaled supremacy in producing the finest Chikan in India. Keen on preserving the originality and preventing it from suffering a dilution to the market forces, the torchbearers of the couture, the craftsmen based in Lucknow, are reluctant to alter it according to the needs of the organized fashion world and tinsel town. But lately- courtesy the exposure and thus ascendance in market demand that some of the big opulent commercial successes like Mughal- e-Azam, Pakeeza, Zubeida and many more have ensured–there is a new found accommodative and adaptive attitude to be found among the hitherto conservationist craftsmen. The change in attitude and a sense of professionalism among the younger generation of chikankari workers have made them an indispensable property in the fashion marts as well as preserving the culture in its own way without compromising with the cultural heritage. Chikankari has been the delicate and traditional embroidery practiced in Lucknow and its environs. Chikan is a unique craft involving delicate and artistic hand embroidery on a variety of textile fabrics like cotton, muslin, silk, chiffon, organdy, organza and doriya. The source of the most motifs in chikankari is Mughal. Though it originated as the court craft, today it is a practiced tradition and an important commercial activity. This living craft tradition has seen vicissitudes but remains rooted in the city of origin.

There are 5000 families involved in Chikankari embroidery in and around villages of Lucknow. The artisans belong to local Muslim community. Nearly women do 90% of Chikankari work professionally. Different specialists work with different types of stitches. For example, embroiderers who do the filling work do not do jali. Each worker completes his/her bit and the fabric is then sent to the next embroiderer. Thus, each handcrafted piece talks volumes about the number of people involved in making it and the long hours put in. Delhi, Mumbai are the other centers for Chikankari work.

The basic stitches are six in number and over 32 other traditional stiches used in combination.

In 2008 the Lucknawi chikan was accorded the Geographical Indication (GI) under the Geographical Indication Registry (GIR), recognizing Lucknow as the exclusive hub for chikankari. There have been constant efforts by the karigars to include newer designs in chikankari and keep the art alive. Whether moderately priced or exorbitantly, chikan work is an all time classic. One can wear it on all occasions be it formal or informal. It is an undeniable fact that Lucknow exhibits India’s finest chikan embroidery, spreading glory all around!

Writer is a student, an aspiring painter & calligrapher 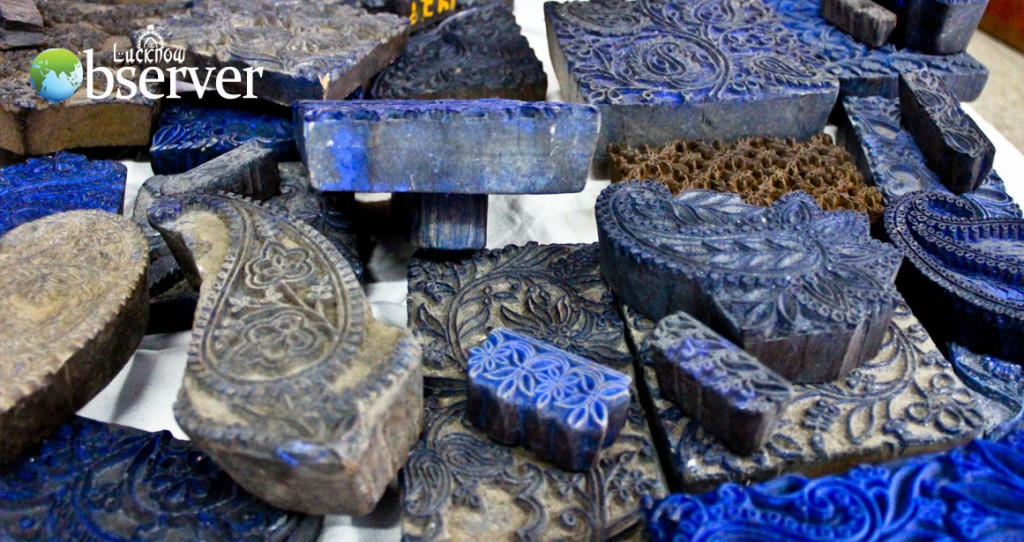