The Pioneer of Women’s Education

Amid the mad chaos, crowd and din of Aminabad, a small centre of education prospers in perfect equanimity. Any place of learning demands calm to facilitate the process, but it is incredible how Mahila Vidyalaya PG College continues with poise. Only the students in the blue white uniform wading through the crowds make for any hint of education taking place.

Started as a small school in a rented building in Aminabad as the Hindu Girls’ School in early 1890s, it has come a long way. Its present premises, the entrance huddled with small shops, on Ganga Prashad road came into existence on 9th march 1895 and it has expanded in the hands of its various and illustrious benefactors. It was at their instigation and insistence on promoting women’s education that the project was secured and a stone inscription still speaks proudly of its inauguration by the hands of then education minister C.V. Chintamani.

On 26th February 1922, the college was renamed Mahila Vidyalaya and it was in 1939 that the degree section came up.

Historian Yogesh Parveen writes about the college “Mahila Vidyalaya, which stands on long and wide grounds, is the city’s oldest and biggest Indian school for girls. Until the close of the nineteenth century there was no school of the Indian cultural strain for girls in the city. ‘Dadaji’ dedicated his whole life to make up for this failing. He has written” at first with 9 girls the classes were started,room was made by filling the aminabad pond. In the early days, girls form rajwadas used to stay in the hostels with their servants. The girls going to Mahila Vidyalaya used to commute in curtained ‘carts’. The cart pullers would go from house to house calling out the girls and used to take them to college and back.

Late Ganga Prashad Verma of the INC who is responsible for developments all round Aminabad contributed to the college’s advancemnet. Padmashri Dr B.N. Sinha, Padmashri Dr Satish Chandra ,late justice Pandit Gokharan Nath Mishra are some of the prominent people who realised the institution’s potential and importance as a centre of education for women and became part of the management for its progress.

The campus spread across 7 acres now imparts education to over 14000 students together with its primary, Mahila Bright School and other units. Equipped with labs, an ample library and all other requisites for an education institute, it has recently embraced the modern equips of wi-fi and cctvs across the campus; happy as the students are about the new installations, they allow it has dampened their mischiefs and exploits, much as students do elsewhere. Bright bougainvillaea adorns the entry and faithful trees shade the many passages. Sports facilities were present, and now have the much-favoured addition of a new ground. The hostels serve as a hospitable and fun home for the outstation candidates.

Started around the same time as Isabella Thoburn College, it ran along the lines of traditional, Indian culture as IT did on western. Though today these distinctions are as inherently Indian as anything is, the institute has continued to extend and embrace the quintessential and famed ganga jamuni tehzeeb, celebrating each festival in full fervour. “any auspicious day is begun with a havan; we honour the sensibility of all groups” asserts Dr. Srivastava. The ‘Ela kaul kamal srijan peeth ‘ and Babu Hargobind Dayal Singh sangeet peeth uphold the cultural ethos.

The college’s location in the hub of the old city attracts students from all sections of society and affects the place with its quaint Lucknawi charms. The institute is particularly favoured by the lower income groups, because of its accommodating ways and fee structure. A myriad of scholarships support aspirations. Providing education to all is the college’s long standing mission.

So is, empowering girls, making them independent, and able. For this the many vocational courses, like computer application; career, psychological counselling, health and hygiene, personality development facilities, training in martial arts,Yoga classes, NCC,NSS all further the cause brilliantly and sincerely. “We want to teach them to become successful entrepreneurs”, the faculty says.

Mr. Amit Puri, professor, director of IPR says the greatest achievement for the institute is the one realised with each day’s end, wherein students from kindergarten to post graduate level are educated successfully.

Dr. Jaya Srivastava, principal, management committee speaks fondly of her thirty seven year long association with the college “its like a second home to me. Since the day of appointment, each day has been full of wonderful experiences.” Speaking on how the college has changed over the years, “under the last principal Dr Kanachan Lata Sabarwal the college progressed at a rapid rate, receiving the gifts of her diligence. The science and education departments were introduced. She was a staunch disciplinarian and the discipline and awe inspired by her remain unequalled. The values she has left behind continue to guide us.”

The teachers register the level of awareness a student now has “they have expectations from the institute. They are very definite about what they want to receive and demand it rightfully. The submissive head bent female student of yester years concerned only with obtaining a degree is extinct now.”

The students are very enthusiastic and grateful for the many offerings of the college. Manal Jabbar, head of the student association says, “this Institute has taught me many things, foremost of them, leadership skills, and of course the universal student strength ‘unity’ she adds with a s mile. î Being part of the student association, I got many great opportunities to meet new people, learn new things. We were all friends in the group and though we were responsible for all events organised in the college, it was made fun and enjoyable. I have spent the most memorable years of my life here and I value it greatly.”

One cultural perk offered by the college is the spoken Sanskrit and Urdu courses taught regularly. “I have not become proficient in Urdu yet, but we are working towards it” says Manal. The students with the prised skills have taken part in several contests and won.

Maneesha, another member having attended school here, wishes she could prolong her stay here, their only sad complaint “if only there were more pg courses here”. Nevertheless, they feel their time in the college has improved their prospects tremendously.

Jasvinder who hails from Lakhimpur relates happily how life in the college has transformed her completely, “back home i used to be a very shy and withdrawn. Here with the opportunities and exposure, I have become outspoken, I take part in all the activities and lead them too! my athletic abilities were given room for growth. I have lead the college Kabaddi and Volley ball teams at district and state levels, and won. None of this would have been possible without our dedicated and friendly faculty”.

They are unanimous in praising their teachers “We can call them at midnight and they do not mind. They forever encourage us to question. We never knew teachers in college could be so helpful and complying. They are more like our friends”.

Vireshwari Srivastava, staff member, who was a student here in 1970s, later a teacher too, tells proudly of her student days “I used to be the college topper. Life has changed here over the years, but all for better”.

The faculty, highly qualified scholars and passionate teachers has produced an array of successful students in the past with its diligence. Former VC of Lucknow University, Roop Rekha Verma; Justice Shobha Dixit, first lady judge of Allahabad high court; member of parliament, Premvati Tewari; the renowned poet Dr. Rama Singh, poetess of Sanskrit, Dr Navlata and many such others, constitute its acclaimed alumni.

In December last year, the degree section celebrated its platinum jubilee with a great show. Rajnath Singh, Ram Naik, Dr S. B. Nimse were some of the people who graced the event. The seventy five year long journey was marked with well-earned enthusiasm and appreciation.

It is right in the face of its achievements that the college should want to climb further, and Mahila College has dived earnestly towards making it the country’s second women’s university, following SNDT Mumbai. A move for more land acquisition, other grants and rights are in progress and it is hoped the desired change shall soon come about, extending a good education to city girls.

Writer is a student and her passion is painting 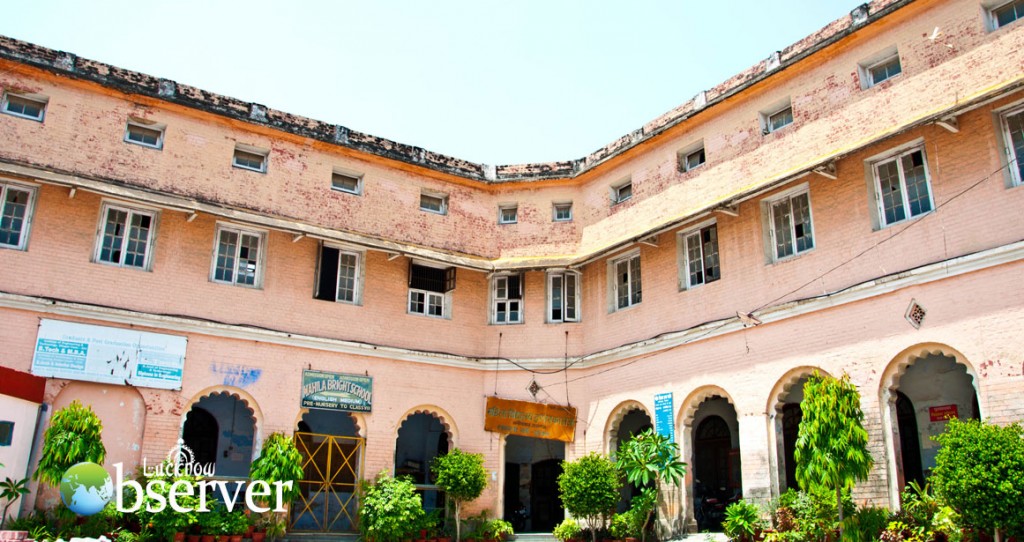