Blends seem to be Lucknow’s forte, for the blends in the cultural aspects of Lucknow have rendered it an imagery of ‘mini-India’. From Onam in the South to Dusshehra in the North, no part of the cultures of its people is left behind. Staying true to the trend of adding flavors to the Nawabi Traditions, there lies, in the heart of the city, Lucknow’s very own Bengal in the form and shape of Bengali Club. The Bengali Club has managed to uplift the Bengali traditions since 1914, and this year marks the 100th anniversary of its coming into being. 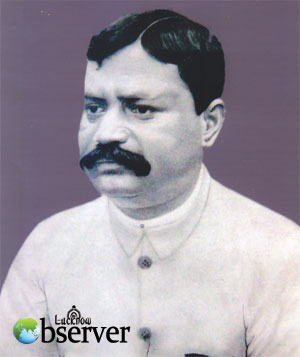 The Durga Puja celebration in the Bengali Club is the only existent Puja to have survived the British reign, making it the oldest Durga Puja Celebration in Lucknow. The origin of the club is traced back to 1901 when Shri Atul Krishna Sinha, an employee of the Indian Railways Engineering Department, came to Lucknow. He had a concept of an exclusive center for Bengali Performing arts and indoor games. Shri Atul and his friends soon established Lucknow’s second Bengali institution, after Bengali Youngmen’s association, and named it Bengali Club.

The Club had changed many venues in its course of time, from Hewett Road to Sundarbagh and Shivaji Marg. Mr. Arun Banerjee, the General Secretary of the Bengali Club, describes its reason, saying, “In the earlier years, the club was a source of revelry and recreation. Since a majority of Bengalis were situated between Charbagh and Sikanderbagh, the preferred residences of some of the famous Bengali Lucknowites were chosen as the venue. But when the need of a community house and cultural center arose, along with it came the need of a permanent, stationary place belonging solely to the Bengali Club”. Initially the club was located in the house of Sri Manindra Krishna Basu, from where it shifted to Mr. Chatterjee’s dwelling on Hewett Road.

As time passed, the club was again shifted to the house of famous Vidyanto Bonsho and then to Sundar Bagh, before moving to Shivaji Marg. However, Shri Atul was quite disappointed with the nomadic character of the club in spite its fame. His disappointment soon found its solace in Sri Saligram, who was a renowned businessman. Sri Saligram along with some colleagues helped Shri Atul to purchase a place on Hewett Road, where the club remains to this very day. Its foundation was laid in 1914 and the names of those who helped in the establishment of the Club are inscribed on the stone. Some of these significant members were Sri Manindra Krishna Basu, Sri Sharada Prasad Bandhopadhyay, Sri Sharat Chandra Bandhopadhyay, Sri Nagendra Krishna Basu and Sri Debendra Krishna Basu.

Since its inception, there have been many dignitaries that have visited the Club, but the Club itself takes pride in the visit of Netaji Subhash Chandra Bose on 20th November, 1938. 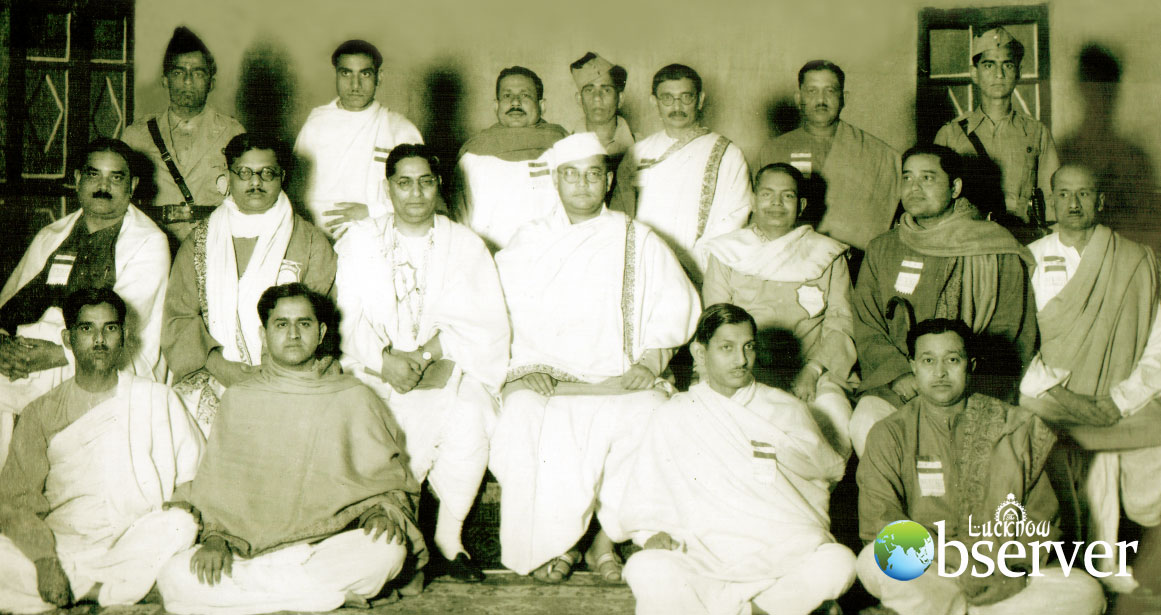 For a community house, to maintain its prime for a century is a landmark achievement and Bengali Club is the latest entry in this ‘centenary club’. “It is a proud occasion for us,” says Mr. Banerjee, “to be able to sustain our exclusive identity for so long. Both, the young and the elderly are delighted. It is probably 4th and 5th, rather 5th and 6th generation from our founders that is operating at the club. That’s our legacy.

There are various changes made this year, just to mark the 100 years of the Puja”, says Mr. Banerjee. He goes on to add, “There are special idols and special decorations, much grander than all the past Pujas in the Club”. Contrary to the normal Visarjan scheduled on the 4th of October, this year’s Visarjan is set to take place on the 5th of October. It is thus planned so as to accommodate every community present in Lucknow in the ceremony. “The Puja is for entire Lucknow. So is the Visarjan ceremony”says the General Secretary.

Seeing the perseverance and dedication of the members of Bengali Club, one is tempted to say that Lucknow is not only the city that blends culture but also sustains, preserves and cherishes them. Redefining the meaning of the word ‘heritage’, it has found its heritage in its people and its traditions. Why would anyone move from Lucknow to see Bengal, when Bengal has been in Lucknow for over a century?