Situated in the densely populated area of Chowk, where once Lakhnavi Tehzeeb dominated stands tall the AKBARI DARWAZA.

Akbari Darwaza gave access to the Chowk and Shahganj , Mahmud Nagar localities. This gateway for the Chowk Street was built during the reign of the Mughal Emperor Jalal-ud-din-Muhammad Akbar (1556-1605). During the closing years of Akbar’s reign, Jawahar Khan was appointed as the Subedar of Awadh. During this period only, the construction of Akbari Darwaza began. Lucknow rose to eminence because the Emperor had a great liking for the place. It became the headquarters of a Sarkar of the Subah of Awadh. The copper mint built by Sher Shah Suri, who captured Lucknow during the time he out-throned the Mughals, was also maintained by Akbar who is considered the most popular ruler of the Mughal Dynasty.

For the construction of Akbari Darwaza, Akbar appointed Miyan Qazi Mahmud Bilgrami. Lucknow enjoyed its affluence under the Mughals as is evident in a tradition maintained by the Shaikhs of the town. It is said to be built it in honour of the great king’s first visit to the city. Akbar had come to Lucknow in pursuit of Iskander Khan Uzbek, a rebel who had again managed to give him the slip and fled to Jaunpur. Though it is still not authenticated that whether Akbar ever visited Lucknow or not. Built with Mughal lakhauri bricks, the height, pointed arch, depth and sih-daris somewhat resembles the gateways of Fatehpur Sikri. It is said that it was originally to be covered with lime plaster, but there is no proof for authentication. The gateway was decorated with armorial fish, the pair of fish is also the insignia of the Nawabs of Awadh. Today no such design is visible, it is believed to be an extremely beautiful gate but today no such evidence remains. The Akbari Darwaza had shops within it that sold clay items. These miniature replicas and toys were famous all over.

After the construction of this Mughal monument in Awadh, many a localities like Shahganj, Mahmud Nagar were founded during the reign of Akbar and during the reign of Shah Jahan localities like Mansur Nagar, Fazil Nagar etc. came into existence. Whereas, Sarai, Ashrafabad, Musharaffabad or Naubasta were founded later. Therefore, the Akbari Darwaza led to the foundation of many areas which even now play a very important role for the people of Lucknow. Though Akbari Darwaza may not offer a view as grand as a Mughal monument is synonym to but its real importance lies in its relation to the city and the commercial activities during the reign of the great Mughal Emperor Akbar.

But the sad part of the story of the monument, built during the reign of the mighty Akbar, is that it is on the verge of serious deterioration. The Akbari Darwaza has not been maintained for years and its condition is worsening day-by-day. Although the monument is a part of the Heritage walk of Lucknow, a tourism program organised by the Government of Uttar Pradesh but it only remains a distant dream that monuments of such a background could be restored merely based on the government support, by and large it remains a civic responsibility to be more aware and passionate for the survival of the glorious past. People need to volunteer in the causes of protection and maintenance of such monuments.

Writer is a student and has keen interest in deteriorating monuments 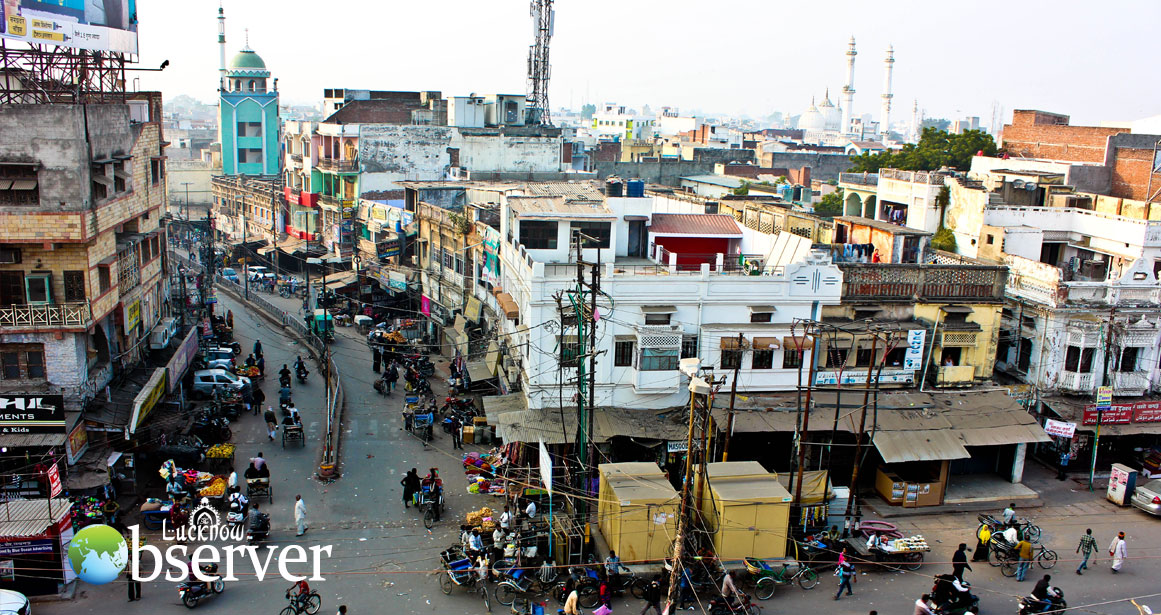