The Towering Identity of Hazratganj

Hazratganj, the city’s heart is not known as the heart only for being the city’s centre but for the things and the places that makes it so. There have been innumerable things, which have been playing a crucial role in the making of Hazratganj, not only from the date but also from the distant past if we look back into the history.

Originating from whatever religious background, it is not possible for one to talk about Hazratganj and forget about the Cathedral Church, which now seems to be present there for ages. Not only being a monumental beauty, it’s a place for all to seek calmness and peace from the hectic city life. If we look back in to the history it was in 1858 when the very first step of its making was taken by Fr. William Gleeson, an Irish priest when he came to Lucknow. A plot of land was purchased at Hazratganj, which used to be in wilderness at that period of time. He arranged for the money for the same by selling the land of the former mission at Golaganj and out of the proceeds and subscriptions raised from the public. It was in 1860 that a beautiful Church was built there by him and was dedicated to St. Josheph. It was after a timespan of two long years, on 10 May 1862, the Church was blesse by Bishop Anastasius Hartmann. In thesameyear(1860-1862) Rev. Fr. William Gleeson built a boundary wall and a priest’s house. The charge of the station was then handed over to Rev. Fr. Felix O.F.M. Cap. of Turin.

The Birth of an Institution

It was in 1885, that Rev. Fr. Norbert, O.F.M. Cap, of Tossignano undertook the noble cause of teaching and began teaching only two boys, Issac & Charles Claudius, on the verandah of the priest’s house. The incident made him realize the pressing need of education, which resulted in the establishment of St. Francis School and orphanage. It could be clearly seen that by no mean he was going to stop his efforts for the cause. St. Francis Boarding and Day School were established as the result in 1890 where the present Cathedral School exists. In 1908, the Bishop of Allahabad Rt. Rev. Petronius Gramigna O.F.M. Cap, purchased the land where St. Francis School stands in dates, which was later on shifted to its present location on Shahnajaf Road whereas St. Joseph’s Orphanage and St. Joseph’s High School continued on the same premises of St. Joseph’s Church.

On 8 July 1950, St. Joseph’s Private Day School came into existence with Rev. Fr. Edward Albertazzi O.F.M. Cap, as the Founder Principal with a handful of only 60 children and four classrooms. The school was renamed after the Cathedral of St. Joseph. It was in 1952, July 16th, St. Joseph’s Private Day School was renamed as Cathedral School due to government notifications with Very Rev. Fr. Clement Bondioli, O.F.M. Cap, as the second Principal of the school for the succeeding five years. It was the time when the school consisted of 150 children on its roll, which studied in about eight to ten classes. The present day situation of the school has risen up to a great height, with innumerable children gaining both catholic and other subjective knowledge on daily basis as their curriculum.

During the time of Christmas and New Year, its glory leaves no leaf unturned to add charm to the city’s beauty. It’s the time of the year, when people from all parts of the city visit the place irrespective of their religion.

Akansha
Writer is a student; painting as well as calligraphy are her hobbies 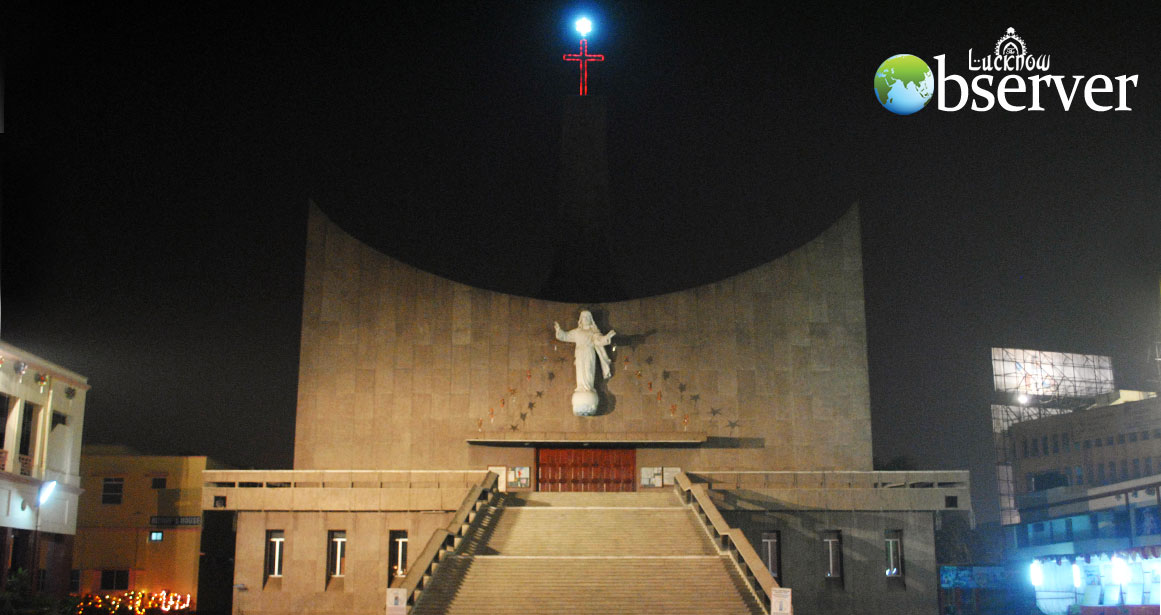