UK’s success story is from Lucknow

Sheikh Waris Ahmad Habibullah better known as Waris Hussein, is from taluqdar family of Saidanpur, Barabanki. Born on 9th December 1938 in Lucknow and grew up mainly in Bombay. It was in 1946 that he moved to UK, when his father, Ali Bahadur Habibullah, was appointed to the Indian High Commission where he has been educated at Etan College, Cambridge College and the Slade School of Fine Art.

After the independence of Pakistan in 1947, his father returned to Pakistan, but his mother, Attia Hosain, chose to stay in England with her children, and worked as a writer and as broadcaster on the Indian Section of the BBC’s Eastern Service from 1949. She was a communicator from early on, Not only Britain but India too witnesses some of her great writing pieces, through feature articles for Indian papers, namely, the Statesman and the Pioneer, and membership of the radical Progressive Writers’ Movement. The fiction came later, as a result, she speculated of politics and dislocation. A longtime BBC Urdu programme presenter to both India and Pakistan, she also had a successful career in theater and other media for half a century until she died on January 23, 1998. Not only Attia played a great role in bringing pride to the city, but the very same trend is being followed by both her children. British television director Waris Hussein is her son and film producer Shama Habibullah is her daughter. 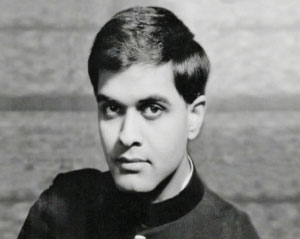 He built a successful, artistically fulfilling career for himself in England and the United States of America. He became active in the theatre while he was at Cambridge University, and took a production to London, which got rave reviews. He got selected as a trainee director’s job. Slade School of Art too played a vital role in his career establishment. The knowledge he earned there has stood him in good stead throughout his distinguished career. His films are invariably elegantly designed and shot.

Hussein is highly regarded by the Film and TV cognoscenti for his quiet professionalism and consummate artistry. He is just not into the business of directing movies or theaters but is known well for doing a complete research for all work he has been directing. His work on television has always been as disciplined and focused as it is in the cinema or theatre. Eclectic his work may be, but there is a unity of vision that holds it all together. He is committed to understanding the human predicament or how human beings behave with themselves and others in variable social conditions, which can easily be seen throughout his work. 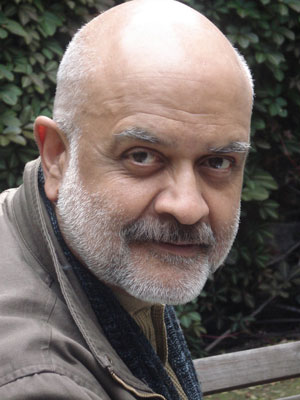 The Lucknow-born Hussein has a knack for directing actors, even famous ones, to bring out the best in them. Sir Laurence Olivier, the great thespian, gives possibly his most convincing performance as a frail, filthy rich old man in Hussein’s TV film, Daphne Laureola. Dame Sybil Thorndike is marvelous in a television adaptation of A Passage to India. Similarly Sandy Dennis in A Touch of Love, Angela Lansbury in The Shell Seekers and Edward Fox in Edward and Mrs. Simpson, have all given memorable performances, when directed by Hussein.

He directed the pilot episode of Dr. Who series, ‘The Unearthly Child’ in 1963; the first of his feature film, He did a number of films in a cluster. After graduating from BBC, he left them to freelance. His first film was a novel by Margaret Drabble, a book called Millstone, which became, ‘A Touch of Love’ with Ian McKellen and Sandy Dennis in 1969, It’s about a middle- class woman brought up in a Fabian Socialist tradition by her parents finding herself pregnant and deciding to be a single mother against all odds. Then Melody was his second, and then Henry VIII and His Six Wives, followed by Quackser Fortune Has A Cousin In The Bronx with Gene Wider. He even did a psychological horror story, “The Possession of Joel Delaney” with Shirley MacLaine in Hollywood.

He never restricted him to doing only a certain kind of production and has done a sort of cross section of things. He has not only casted the famous actors but also the 42nd President of US, Bill Clinton in one of his movie, A Child’s Wish in 1997 which is based on actual events. John Ritter stars as a father of an ill 16 year old daughter played by Anna Chlumsky. Ritter plays Ed Chandler, a father who is fired from his job for taking time off to tend to his 16 year daughter Missy (Chlumsky), who is battling cancer.

Here turned to television soon afterwards; he moved to Hollywood and directed a number of TV films and mini-series, returning to UK often, in order to direct a number of film projects ! Hail Lucknow !!!

Akansha
Writer is a student; painting as well as calligraphy are her hobbies
(Published in The Lucknow Observer, Volume 9 Issue 1, Dated 05 December 2015)