An Eatery Calling to Old City

Mubeen, one of the finest restaurants of the real Mughlai taste, situated in old Lucknow at Akbari Gate – Chowk, serves with its special dishes like Nahari Kulcha, Pasanda, Biryani and much more with their special dessert Kheer. Besides all the Mughlai dishes, Pasanda and Nahari Kulcha is one of the ␣nest and most famous dishes of Mubeen, which has made them popular. Pasanda is made from thin layers of Mutton, which are marinated with papaya about three to four hours in Lagan, which is made from a metal called Tamba. This gives real taste and rich flavor to the Pasanda. Pasanda is basically a dish of Bhopal which is made in a Lagan but Haji Mubeen made this dish popular in Lucknow as well by giving his own way of cooking and using some special ingredients to make its flavor rich and tasty. After completing all the pre- cooking processes, thin layers of mutton are put in metal sticks and barbecued on grill. During the barbecue process the smoke of Pasanda attracts the customers towards it and forces them to have this delicious dish. 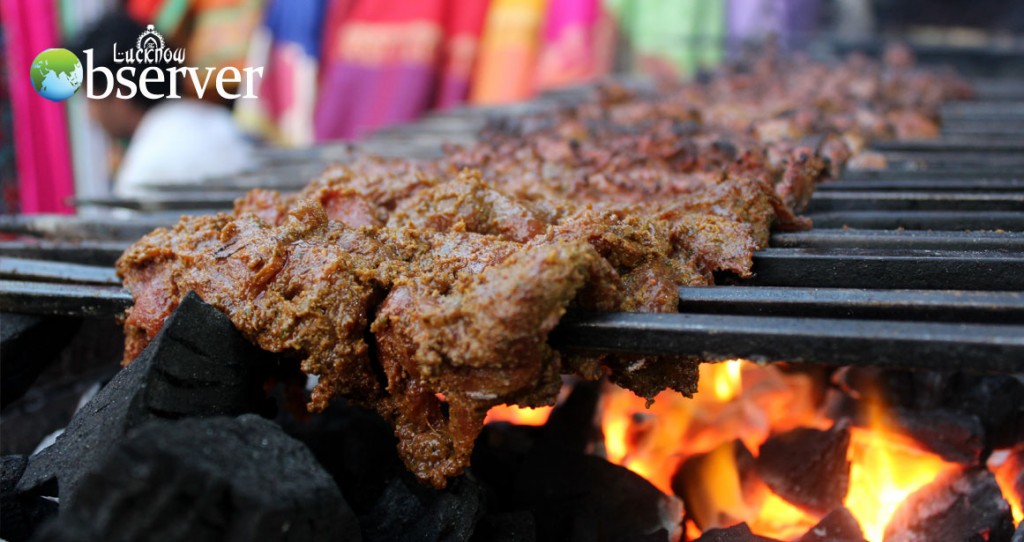 Nahari and Kulcha are also very famous alongside Pasanda and are replete with rich flavor and taste. Nahari and Kulcha is breakfast dish, which is served with special ingredients. Nahari is a dish of meat cubes with gravy, and it is cooked overnight in various vessels, sometimes even buried underground while it is cooked, as Shab Deg (cooked overnight) is, which results in extremely tender morsels of meat, including the flavorful bone marrow. It is served with Kulcha. Kulcha is basically bread which is made from flour kneaded with milk, ghee and other special ingredients and baked under a tandoor made from mud clay. While baking a Kulcha in tandoor gives crispiness to it, the smoke of coal makes it apt for a real combination of Kulcha with Nahari, to be served to the customers.

Haji Mubeen started this tremendous Mughlai food with his son Mohammad Rizwan in 1973 at a footpath opposite Nakkhas Police Station with only two to three chairs and tables. But due to having a shop on footpath which was illegal, Haji Mubeen had to shift his shop in 1981 at Akbari gate, at his forefathers’ place. But this incident affected neither the business nor the attachments of customers towards the shop. In 2002 Haji Mubeen went for Hajj where he met an accident and lost his life. He was buried at the holy place of Mecca. According to the Muslim beliefs, a person who dies during his Hajj time at Mecca is said to be very special and that, they are directly sent to heaven by Allah.

For this, Mohammad Rizwan, son of Haji Mubeen, feels that his father has been blessed. While going for the Hajj Haji Mubeen handed over his business to his grandsons Mohammad Yahyah and Mohammad Shoaib. Both the young grandsons with their father Mohammad Rizwan are looking after the family business with their full dedication and giving their best to make their customers happy and satisfied.

Writer is student of Mass Communication and is exploring Lucknow