The Bradman of Indian Hockey

The name K.D. Singh ‘Babu’ is very familiar for the Lakhnavis because of Lucknow’s stadium (known as the K.D.Singh ‘Babu’ Stadium). But few people today know who the man behind this name was! Kunwar Divijay Singh, fondly called ‘Babu’, was one of the greatest hockey players of his time, who brought immense glory to his nation and his hometown.

He was born on 2nd February 1922 in the town of Barabanki. After completing his early education at the Government High School of Barabanki he joined the Kanyakubj Inter College, Lucknow and thereafter, spent the large part of his life in the City of Nawabs.

Displaying exceptional talent for the game, he made his national debut at a tender age of 16, in a match in Delhi in 1938. He literally floored Olympic players of that time who had been teammates of the legendry Dhyan Chand. 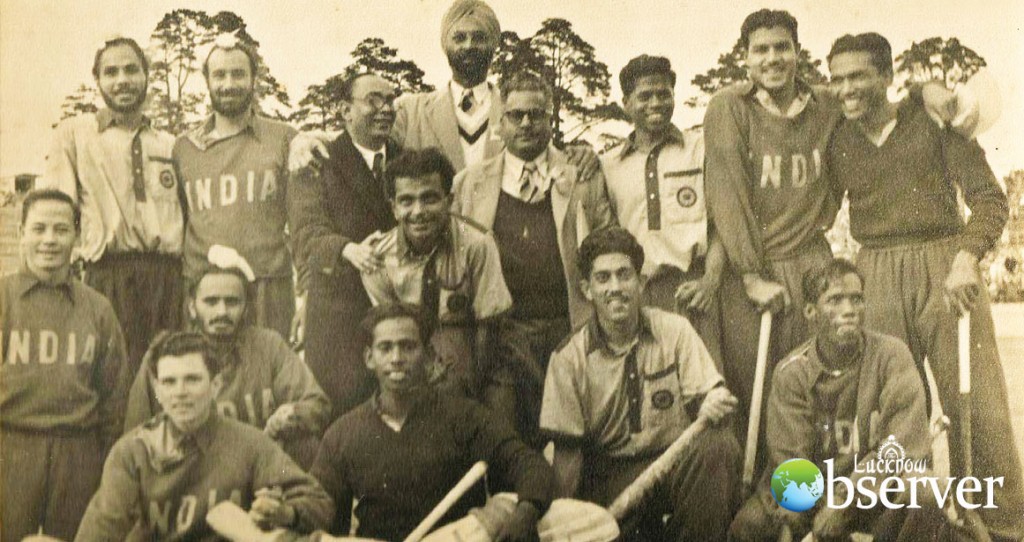 He was first selected to the All India Hockey Team in 1946-47 for the tour to Afghanistan. After that there was no looking back and he rose quickly to be one of the deadliest forward the hockey world has known. In 1947, while playing alongside Dhyan Chand during the East Africa tour he outscored the wizard by netting 73 goals while the wizard got 62. Even before he was selected as Vice Captain of 1948 Olympic team he was being compared to Dhyan Chand. In 1952 he led the victorious Indian team to Helsinki Olympics where he not only outwitted his opponents but also outperformed his team mates. In appreciation of his superior performance he was awarded the World Helms Trophy for being the ‘Best Hockey Player’ of the world and the ‘Best Athlete of Asia’ among all who participated at the 1952 Olympics. Today he remains the only Indian to have been honoured by Helms Hall of Fame, Los Angeles which is the highest award that any sportsman could get.

Reproduced underneath are some comments of the leading sports critics of that time which will throw light on the genius that he was.

‘It was not a great display, not by any long stretch, but a fast moving attack in which Babu was an outstanding success who knew how to get goals. It is tempting to write that Babu is as elusive as Dhyan Chand.’

‘Babu’s splendid stick work and unstoppable scheming marked him out as the best player of the country in recent times.’ 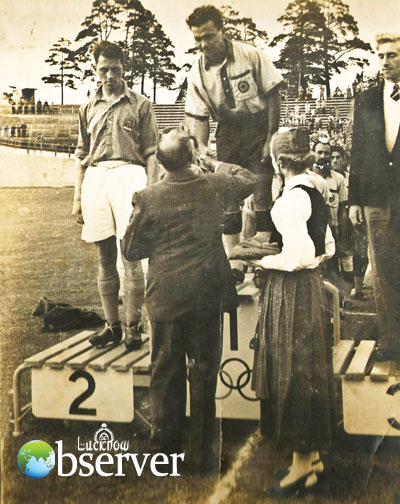 ‘Babu’s performance was as near to perfection as was possible. Scintillating dribbling and adroit through passes characterized his play and he was the chief instigator in completely tying the dogged England defense. He was the brains behind theattack.’

Even after retirement in 1952, he produced a magical game and showed that he was still good enough to participate in 1956 and 1960 Olympics. Here is a brief description of what the press wrote after a post-retirement match :

‘A ring of four men-two of them inside- forwards were specially deputed to shadow him. But the best brains and brawns of the FBI, if enlisted, would have been unable to put the ‘Manacles’ on this all time great forward. Words are inadequate to describe his wizardry. It had to be seen to be enjoyed’

‘He literally carried his side on his shoulders. Doing much of the spade work Babu paved the way for all the four goals. He assiduously piled his wingers with passes and on two occasions he beat the entire defense.’

‘Here is one great brain left in our hockey, conjuring up memories of Pheroze Khan, Johhny Pinto, Dhyan Chand and Roop Singh. Floodlighting is worth a hundred chips a second to watch this artistry.’

‘I run out of adjectives in trying to describe his superlative dribbling and the timing and geometrical accuracy of his passing. Babu’s dribbling is poetry in motion.’

He later served as the coach for Indian hockey team for the 1972 Munich Olympics. He was a member of numerous organisations that include All India Council of Sports, Railway Board, Rifle Association of India and Wild Life Protection Committee of Uttar Pradesh. He took the lead to start a sports college in the country. For countless sportsmen he was a godfather as he helped them get jobs. It was partly due to his relentless efforts that today sport has become a career.

Not only was he one of the greatest hockey players of the world, he excelled in any sporting event, be it cricket, tennis, badminton or golf. He was also a big game hunter and an angler.

In a tribute paid to him a hockey magazine had put it this way;

Years ago, there was a great player who used to create magic with his stick. Legend has it that this one player on the field was equivalent to 22. The famous hockey legend is none other than Kunwar Digvijay Singh popularly known as ‘Babu’. He lived true to his name-World Conquerer.

His biography, ‘Babu’, The Bradman of Indian Hockey is in progress and would be ready for release shortly. The title is based on a news item of his time which read,‘Babu is to Indian Hockey what Sir Don Bradman is to cricket in Australia ’. Hope the biography revives the memory of this Lakhnavi legend in the minds of old Lakhnavis and introduces him to the younger ones.

The article has been produces from the Kunwar Family Archives