His interest in preservation of ancient monuments has not waned even at the age of 80. His humble attitude and the zeal to supplement people’s knowledge about upkeep of ancient monuments makes him an exemplary personality. Meet Padma Shri Dr. O. P. Agarwal, whose knowledge about conservation of cultural heritage cannot be matched by any other conservator in the country. 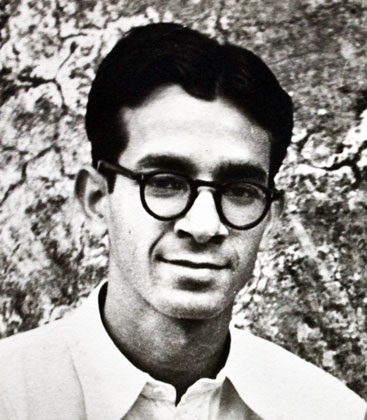 Dr. Agarwal is renowned for conservation of cultural heritage, not only in India, but all over the world. The service that he has rendered to archaeology, museums, conservation of art heritage, is unmatched. He has conducted hundreds of workshops and training programmes and his students are spread across the seven continents.

After completing his Master’s in Chemistry from the University of Allahabad, he joined the Conservation Branch of the Archaeological Survey of India in 1952. He went to Rome in 1959 on a one-year fellowship granted to him by the Italian government to study at the famous institution namely the Central Institute of Restoration, Rome. It was in Rome, he mastered the technique of transferring wall paintings and placing them back after the walls were repaired.

Dr. Agarwal later used that technique in India, to save priceless wall paintings in Chamba, and Kullu in Himachal Pradesh, and Sikkim and other places.

In 1976, he founded the National Research Laboratory for Conservation of Cultural Property (NRLC) in Lucknow. Till very recently, he was heading INTACH and Indian Council Conservation Institute, Lucknow, under the aegis of which set up 10 conservation centres throughout India. It has been described by the International Council of Museums as the largest network of conservation centres in the world.

Dr. Agarwal’s expertise and skills were used for preparing reports on the basis of which a large number of conservation institutions were set up, such as the Regional Conservation Laboratories in Kerala, Rajasthan, Punjab, Uttar Pradesh, Madhya Pradesh and other states.

Dr. Agarwal is a prolific writer with 38 books to his credit, out of which several are conservation manuals. One of his books, Preservation of Art Objects and Library Materials was translated into Hindi, Tamil, Bangla and Marathi.

Another book Care and Preservation of Museum Objects was translated in Sinhalese and Persian.

Besides books, he has written about 200 articles and papers on conservation, archaeology and museology. In recognition of his contribution to conservation, the International Council of Museum, Brazil, conferred on him the title of Personality of Conservation 1989.

The International Centre for Conservation Rome, founded by UNESCO, gave him the ICCROM Award, 1993. In 1994, Kanpur University conferred on him D. Litt (Honoris Causa).

A felicitation volume, titled ‘Recent Trends in Conservation’, was published by his fans and admirers in 1995. A few years ago, the International Institute for Conservation, London, granted Honorary Fellowship. There are only 18 scientists throughout the world on whom this honour has been bestowed. Of them only seven are alive now.

Lucknow Management Association (LMA) honoured him for his life- long work in the service of the community. In 2008, he received INTACH-SATTE Award for his contribution to the promotion of tourism through conservation, etc.

“When I began my career, there were only five or six conservators in the country. Today they number over 2,000. But this number is too small if you look at the volume of heritage in India,”says Dr. Agarwal.

The Lucknow Observer salutes Dr. O. P. Agarwal for being one of the pillars of conservation. He has dedicated more than 50 years to the preservation and promotion of our heritage and culture. Hats off to him!

During his career, Dr. O. P. Agarwal has been associated with several national and international professional associations and organisations.

1. President of the Museums Association of India (MAI) for two consecutive terms.

2. Founder and former secretary of the Indian Association for Study of Conservation of Cultural Property, New Delhi. Later, he became its president and remained in the position for several years.

3. Former vice-president of the International Centre for the Study of Preservation and Restoration of Cultural Property in Rome (ICCROM), founded by UNESCO.

4. Member of the Executive Council of International Institute of Conservation, London.

5. Founder President of the International Council of Bio- deterioration of Cultural Property.