In one of the Hadith, Abu Huraira reported:

Muharram is the month with which the Muslims begin their lunar (Hijri) Calendar. It is one of the four sanctified months about which the Holy Quran Says (what means): “Indeed, the number of months with Allah is twelve [lunar] months in the register of Allah [from] the day He created the heavens and the earth; of these, four are sacred…” –[Quran 9: 36]

The Holy Prophet, (sallallaahu alayhi wa sallam), declared in his sermon on the occasion of his last Hajj (pilgrimage to Makkah): “One year consists of twelve months, of which four are sanctified months, three of them are in sequence; Dhul-Qi’dah, Dhul-Hijjah, Muharram, and the fourth is Rajab.

During this month, there are various rituals and customs that are followed across India which might not necessarily be a part of the religion. Many photographers from across the world travel to Delhi and visit the narrow streets of Old Delhi in order to capture the processions taken out during the last days of Muharram. The same type of processions can also be seen in various other parts of the nation, Lucknow being one of them too. The religious fervour which grips the air and fills the ambience often leaves long lasting impressions on the bystanders as well.

The month of Muharram is the first month of the Hijri calendar, the Islamic calendar, and it is one of the four sacred months, which Allah (SWT) mentions in the holy book, The Qur’an. The 10th day of Muharram marks two major events in the Islamic history –

1. Victory of Musa (as) against firawn/pharaoh.
2. The Martyrdom/Assassination of Imam Hussain (RA).

According to the authentic Hadith fasting on the day the 9th and 10th of Muharram is considered to be Sunnah (things were followed by the Prophet (PBUH)). Abu Sufyan (Radiyallahu ‘anh) relates: I heard the Messenger of Allah (Subhanahu wa Ta’ala) say:

“It is the day of ‘Ashura. Allah (Subhanahu wa Ta’ala) has not made fasting obligatory for you. But I am fasting. He who likes to observe fast among you should do so, and he who likes not to observe it (does not have to) observe it.” [Sahih Muslim]

Hundred of Muslims living in various parts of India and the world observe fasts on these days. The Shia community observes, ‘maatam’ which in other words means mourning the death of Imam Hussain (RA), the grandson of Prophet Muhammad (SAW) and other men who lost their lives in the battlefield fighting against Yazid. The Muslims in India and other parts of world which belong to the Shia sect wear black clothes; take out processions which involve self flagellation, beating of the chest and shouting slogans in memory of the martyrs. 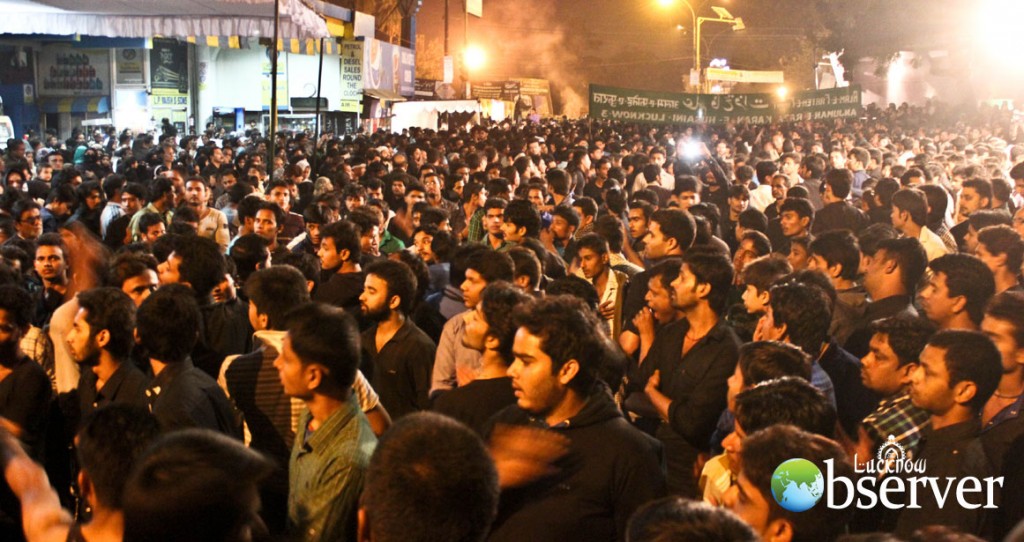 Often reports of conflict between the Shia and Sunni community have been reported in parts of Lucknow at different points of time. Seeing a conflict between communities on the pretext of religion is surely a saddening thing. Our Prophet (SAW) never encouraged his ummah (followers) to fall in any kind of debate over religious issues, as it created bad blood and misunderstandings.

This month of Muharram let us not fight over what is wrong and what is right, not aimlessly try to prove who is better. But, to remember the important lessons of peace, justice, honesty and brotherhood which Islam teaches us and is based upon. To reminisce the past and commemorate the martyrdom of men who dreamt of peace and tried hard to regain it.

This Muharram let us bring back the true essence of the month and think on the following lines:

Let’s not waster our energy and efforts in proving each other wrong ,but think of how we can help the community, the nation and the world to be a better place to live. As humans we always have a choice-

To either get into useless debate or by “actually” doing something for the community, for the nation in “reality” and making a difference and leaving a legacy behind for others to benefit from.

Muharram being the first month of the Islamic Calendar let us begins the year with a hope, unity, peace and honour. It is often said, “Well begun is half done”, therefore, as Muslims we begin the year on a good note, it will surely have a good effect on the rest of the year.

Getting into debates, unnecessary arguments will only to creation of bad blood which might lend a bad taste to the whole month. Muharram being the one of the most sanctified months of the year should not be wasted in irrelevant arguments and debates. Instead the days of the month can be used for worshipping and fasting and reading good Islamic literature.

So this Muharram, make the right choice and stay away from debates. Islam is a religion of unity, peace and brotherhood and we should always these three things before we get into any unnecessary argument.

The Believers Are Like Brothers To One Another; So, Promote Peace And Reconciliation Among Them.
(Surah Al-Hujurat 49: Ayah 10)

Sehar Siddiqui
Writer is from Allahabad and has been involved in writing for newspapers and magazines.
(Published in The Lucknow Observer, Volume 2 Issue 19, 5th October 2015)