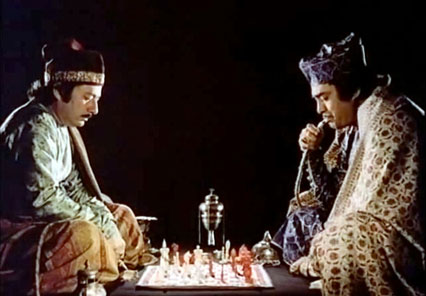 Arjun Kapoor was just another Juhu boy when he was picked up for the lead role in Ishaqzaade to play a UP chhokra. How did the very bombaiya son of film director Boney Kapoor transform himself from this to that!

This happened thanks to Avneesh Yadav, a Lucknow taxi driver who drove Arjun from the Amausi airport to a city hotel and on the way inspired the aspiring actor to become like him.

Avneesh became a reference point for Arjun’s character in Ishaqzaade, a film shot in Hardoi. Avneesh, however, is not the first Lucknowalah to connect the City of Nawabs to Bollywood in the City of Dreams. The dialect, the aristocracy, the conduct, the mannerism, the body language of Lucknow has all been vividly adopted by Bollywood over the years.

Then there is the opening song of Palki (1967), sung by Mohammad Rafi for Rajendra Kumar Aye shaher-e Lucknow tujhe mera salam hai in praise of the historical city.

In 2005, a family drama Main, Meri Patni Aur Woh starring Rajpal Yadav unfolded in the city where the would-be groom works at the Lucknow University. And who doesn’t know that Guru Dutt shot Chaudhvin Ka Chand in 1960 in Lucknow. The movie begins by lauding Lucknow at least five times in the song Ye Laknau ki sar-zameen, Ye rang-roop ka chaman, Ye husn-o-ishq ka watan, Yehi to wo muqaam hai. The lyrics by Shakeel Badayuni, who is closely associated with the city, conclude with these words: Nibhaye apni shaan bhi, Badhaye dil ki shaan bhi, Hain aise meharbaan bhi, Ye Lakhnau ki sar-zameen. In the latest film, the Begum Para of Mehmoodabad is brought alive by Madhuri Dixit in Dedh Ishqiya. Begum Para, who is extremely beautiful, poised and graceful, meets Naseeruddin Shah, the nawabi poet to dissolve into the sublime cultural richness of the city where people of different religions have been living side by side for centuries, speaking the common language of love. Many a tehzeeb shown on the silver screen is inspired by the rich sophistication of people from different walks of life.

Lucknow is said to be one of the world’s greatest cities for Muslim culture, but hasn’t the culture of Hindus mixed and amalgamated traditionally so well? It is this most attractive mixed way of life that fascinates the world and is repeatedly captured and featured in Hindi movies time and again. One of the reasons of the deep attraction to the way of life in Lucknow is the amazingly polite and polished way of speaking of the people which cannot be overlooked by film makers. Have you heard Agha in Sansar from 1951 say, Lucknow chalo ab rani, Bambai ka bigda paani sung by Geeta Dutt and G.M. Durrani? Even if you haven’t, the IIM Lucknow students are looking into the matter.

Lucknow contributed in many ways to many films. Could Bollywood become what it is today without the Lakhnavi touch? Conventionally Lucknow has impacted Bollywood’s films in various ways be it shooting, scriptwriting or story background. Lucknow is a city praised by Mirza Ghalib. It is the home of Mir Taqi Mir, Mir Anees, Mirza Dabeer, Begum Akhtar, Naushad Ali, Talat Mehmood, Kaifi Azmi, Javed Akhtar, Majrooh Sultanpuri, Sudhir Mishra, Amrit Lal Nagar, Amitabh Bhattacharya, Wajahat Mirza, Birju Maharaj, Nadira Babbar and Atul Tiwari among others. Theatre groups have also been active in the city playing a significant role in bringing Bollywood to its core.

That Lucknow has been a major influence on the Hindi film industry is clear from the fact that the Pakeezah (1972) song Chalo dildar chalo, Chaand ke paar chalo was shot with the Gomti river in the background. In the same year there was another movie starring Meena Kumari named Gomti Ke Kinare. Muzaffar Ali, another Lucknowite, picturised one of the best known films in Hindi cinema here called Umrao Jaan (1981). Satyajit Ray’s Shatranj Ke Khiladi (1977) was also shot in Lucknow and unlike most of his films in Bengali, the dialogue in this film was in Urdu and Hindi. 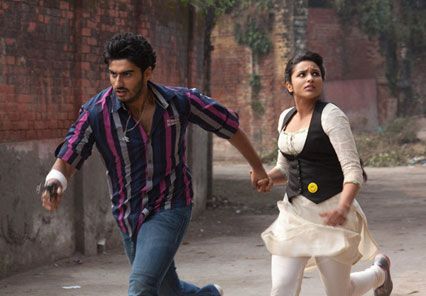 Interestingly, on occasions, Lucknow has been used to depict some cities of Pakistan as well, like in Gadar: Ek Prem Katha. Other notable shoots in the city have been Ashok Kumar’s Najma(1943), Rajendra Kumar and Sadhna’s Mere Mehboob (1963) and Anwar (2007). A range of films have also depicted the musical heritage of Lucknow and romanticized the city’s courtesans, Muslim nobility, and its colonial history. And be it Dabangg 2 or Tanu Weds Manu, Lucknow has always been under Bollywood’s spotlight with lots of camera and action taking place. Didn’t Saif Ali Khan create hysteria in the city while shooting his Bullet Raja in recent times! Bollywood has done a great job of sharing with the rest of the country the famed etiquette, refined dialect and traditions of the city.
And hey, the people of old Lucknow, be ready to see Kangana Ranaut, R Madhavan and Jimmy Shergill in action once again as they return to the city to shoot the sequel to Tanu Weds Manu soon. And I know that when you crowd around the shoot, some of you will chew paan but with such elegance that will take away the breathe of all those fortunate enough to watch you do so. Keep your tehzeeb and nazakat until then!