The Cadency of Lucknow Gharana of Tabla

Lucknow gharana known as the ìPurab gharanaî is said to be the second gharana of the six main gharanas, which also means the styles of playing tabla to appear in India about one hundred years, this style is presented with full sounds of resonance. It is characterized by the full usage of the palm besides the ring finger and small finger of right hand on the dayan (treble drum). 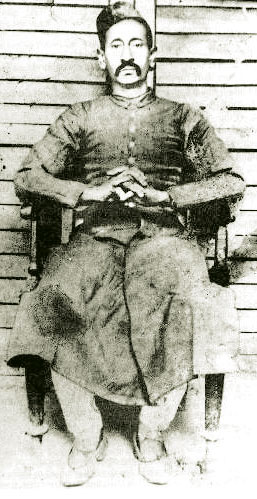 The gharana branched out of the Delhi gharana when the two brothers Modu Khan and Bakshu Khan, third generation of Delhi’s Mia Siddhar Khan, moved to Lucknow in 18th century, due to some political disturbances in Delhi. In Lucknow, the Nawabs mainly patronized kathak. So, they performed together in many art arenas to collaborate with kathak dancers of Lucknow and to create a unique style of playing tabla, which was adopted by the compositions of Pakhavaj and kathak, which reflects the footwork of dancers and this style was being termed as ìKhula Baajî or “Hatheli Ka Baaj”. Later on among these new styles “gat” and “paran” style became very common in Lucknow gharana. Slowly after some period of time Lucknow gharana got his own form of style of playing tabla, which is known as ìRaonî. It consists of extremely fast, delicate and colorful musical fillings within broad and bold rhythmic designs working as a framework called “chalan”.

Lucknow gharana brings many other gharanas into existence such as Farukhabad, Banaras and Bhatola gharana, which were unable to establish themselves and come in limelight. Hirendra Kumar Ganguly, who was the famous student of Pt. Sooraj Karan Ranga of Bikaner and his student Pt. Shiv Narayan, together established a new Joshi gharana, whose origins lie in Bikaner. The well-known and leading tabla players of this era were Pt Paramanand Joshi, Navratna Joshi, Pt Santosh Joshi, Bhanu Pratap Joshi, and many more. Modern followers of this gharana include the distinguished tabla organization known as “Tabla Niketan”.

In the prime of the reign of Nawab Wajid Ali when musical activities where on a high, the East India Company removed him from the throne of Awadh and sent him to Matiyaburj (Bengal). After that in the year of 1857-58 there was a break in musical activities of Lucknow due to the freedom struggle. Keeping in mind the volatile situation of city, musicians started feeling that the old days might not return. As a result, they moved from Lucknow and took shelter in other cities like Kanpur, Patna, Kolkata etc. After a disturbance of 2-3 years, peace returned back to Lucknow and in 1860 the musical activities of Lucknow once again began to blossom under the aegis of rich patrons and the new regime. Musical mehfils which were once held in durbars of Nawabs were now being held in durbar of rich patrons, kings and talukedaars. In this changing position musicians living in the outer sectors of Lucknow started raising money by performing in durbars and again went back to their respective sectors.

In this period harlots placed an important role in balancing the situation of musicians. These harlots sang thumri in mehfils to express emotions and these programs were attended by musicians. So, because of them musicians could not create their personal space in this region. Ultimately these people created their individual identity in the music sector by sheer determination and dedication which resulted in their development and helped them create a niche as artists of national and international level and because of this the stature of Lucknow became better than before. However there were some musicians whose presentation and style was unmatched but they could not gather fame outside Lucknow but their names have become a part of Lucknowís folklore.

Mostly, he was paired with kathak dancers and in this process he composed many strophes (chhands) which were in tune with the dancers. Thus the lyrics used in these strophes(chhand) were known as ‘nachbol’; and the creators of these ‘nachbols’ are known as ënachkaran bole ka khalifa”. Consequently, the tabla played in style of Lucknowís gharana by Ustaad Abid Hussain were said to be as “nachkarno ka tabla”.

In 1928, he became a professor of tabla in ìMaris College of Musicî. Lucknow scholar musician and writer Dr. Sushil Kumar Choubey has written in praise of Ustaad Abid Hussain that-

“Abid Hussain did never get the satisfaction in his daily practise sessions until he matched his speed of playing tabla with mail train. By two o’clock in the night he began his tabla practice”

“His presentation was wonderful and it seemed that he is playing his tabla without any labour and effort..”

It is said that after returning from the Haj, he stopped playing the tabla. Meanwhile in this period a singer came to Lucknow whose rhythms were so good that no ‘tabaliya’ could match up with him. That same situation was faced between Lucknow’s tabla players. On seeing this situation of Lucknow’s tabla players he commented “Is this the same Lucknow that is known as the backbone of music; Is there no musician who could match up with me?”. Insulted by his comment Thakur Nawab Ali and other honourable musicians, while aware of the facts relevant to the singer, requested Ustaad Abid Hussain to match up with him. Although he had stopped playing the tabla since 8 months but he accepted the challenge given to Lucknow. In that programme the singer was enchanted by his skill and bowed to him after a short while and said “Nawab! Aap toh Khalifa hai”.

The tabla maestro bid adieu to his admirers and peers and passed away in the land where he nurtured his craft, the city of Lucknow, in 1936.

Writer is pursuing Engineering. Reading and writing short-stories are his interest.