Let us ‘Make it Happen’

The question- answer round was on. Everybody present in the Plenary Hall of the Philippine International Convention Center was waiting with a bated breath as within few minutes the fate of 77 contestants would be decided. The contestant representing India was asked:

What is the essence of a woman? With an aura of confidence came her reply,

“To be born a woman is itself a gift of God. The origin of child is mother and it is a woman who teaches man how to love and care.”

Her response evoked a thunderous applause from the audience. This contestant later went on to win the crown and also the hearts of all those who came in contact with her. She was none another than Sushmita Sen, who is an epitome of a blend of beauty and intelligence. She had comprehended the uniqueness of women and so had the Socialist Party of America as early as 1909, which commemorated the first Women’s Day on February 28, 1909, in New York. This was followed by an International Women’s Conference during August 1910 as a prelude to the general meeting of the Socialist Second International in Copenhagen, Denmark.

Though one cannot deny the contribution of the wave of feminist movements, which led demonstrations continually to commemorate the event informally, the International Women’s Day is officially the brainchild of a German Socialist, Luise Zietz whose proposal was seconded by fellow socialists and later communist leader Clara Zetkin. The International Women’s Day was marked for the first time, on March 19, 1911 by over a million people in Austria, Denmark, Germany and Switzerland. In the West, International Women’s Day was first observed as a popular event after 1977 when the United Nations General Assembly invited member states to proclaim March 8 as the UN Day for women’s rights and world peace.

One might ask the relevance of observing the International Women’s Day in this high technology era when women are making mark in every field. To them, my answer would be in the affirmative. Since times immemorial, women have been bestowed with the status of ‘second class citizens’ with their contribution systemically being relegated to the background. Need evidence? Open any history text book and you will find it replete with examples of men’s heroics and complete absence or perhaps scattered references to women. Over the years, the position of women has improved considerably for they have managed to step out of the confines of their household and carve their niche in every field from teaching to medical profession, army and even astronomy. A woman of today is self- confident ready to take on challenges in life with dignity and poise. No longer is she meek or does she seek shelter under the shadow of men. However this rosy picture applies to only a small percentage of women globally. A majority of them continue to be enslaved by chains of orthodox beliefs restricting their potential and resulting in their exploitation in all forms.

The need to celebrate International Women’s Day also arises in this orthodox patriarchal world which has failed to inculcate in men, respect for women and their rights and continue to regard the former as infallible and blame women as a cause for their ills. Though the society may have progressed and women’s plight improved over the ages, they continue to be plagued by plethora of issues in undeveloped and developing countries like India. A recent analysis of WHO with the London School of Hygiene and Tropical Medicine and the Medical Research Council, based on data from over 80 countries, found that globally 35 percent of women have experienced either physical and/or sexual intimate partner violence or non-partner sexual violence. Moreover, almost one third of all women who have been in a relationship have experienced physical and/or sexual violence by their intimate partner. Globally, about 38 percent of murders of women are committed by their intimate partners. 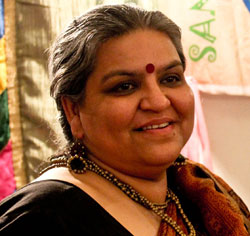 Any discussion on the plight of women is incomplete without taking into consideration their caste and economic status. Take the case of Dalit women In India. Lucknow is proud to be a home to social activist Madhvi Kukreja who has devoted her life for the upliftment of Dalit women. “These women are confronted by triad issue of gender, caste and poverty. The feudal ties are still strong in village communities leaving them at the mercy of even petty zamindars. The problem is aggravated in a predominantly agriculture- based state of Uttar Pradesh where caste based feud born out of economic differences over the generations have bred a pervasive culture of lawlessness,” says Madhvi, who runs an NGO Vanaangan. Madhvi is, however, relieved that due to collective efforts of her organization, knowledge level among these women has enhanced and they are assuming leadership roles in their village. 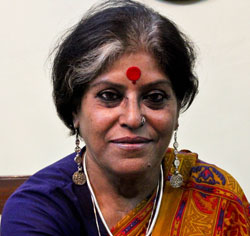 Runa Banerjee had been in different profession altogether had she not undertaken a survey on child labour, which highlighted the pathetic state of women and children in India. It was enough to motivate her to devote her life to the cause of women. She now runs the Self Employed Women’s Association (SEWA), which takes care of basic minimum needs of women like helping them to open a bank account, have a PAN card or a ration card. Runa does not call it empowerment. “There is no need of it. Fulfilling basic minimum needs of women is more than enough,” she says. She also disagrees with the concept of International Women’s Day. “We cannot bring about a change by just merely celebrating one day for women. Let every day be women’s day,” she asserts. Her shop SEWA Chikan located in Hazratganj showcases the talent of women workers in chikankari. Credit goes to Runa for identifying unique talents in women and providing them the platform to display it.

Coming to the case of a modern woman, Parveen Talha, a former bureaucrat turned writer serves as a perfect example. Perhaps a first Muslim woman to serve in any Class I civil service in India, the first Indian Revenue Service officer to become a member of the Union Public Service Commission and the first woman to serve in Narcotics Department of India, she was conferred Padma Shri by the Government of India in 2014.“Women’s status is never going to change until we revamp the current education system. Men are taught to view women as sub-ordinate class, which needs protection. By various means especially through religion, the development of woman had been limited as they are groomed for limited roles of marriage and motherhood. Their education is tailor-made for the marriage market. Being financially independent in the process is just a coincidence,”she says.

Elaborating the case of modern women, their life today has become complex juggling between family and work. Though financially independent, most of them are known to have no right to spend their salary or take independent decision without due permission from their husbands and in-laws. Though educated and financially independent, spectre of domestic violence hounds them. They continue to be confronted by societal stereotypes and moral policing which undermines their morale and self-esteem.

One cannot underestimate the contribution of women, who in multifarious roles as a mother, sister, aunt and professional have strived to deliver their best of their potential since decades. Don’t you think it is time to show your gratitude by celebrating this day? Indifference and irrelevance to observe International Women’s Day for the orthodox lot may reflect in assertions like “let only feminists or women celebrate it.” To them, my answer would be in the words of prominent American feminist Gloria Steinem.

“The story of women’s struggle for equality belongs to no single feminist nor to any one organization but to the collective efforts of all who care about human rights.”

You may be a man or a woman, a doctor or engineer, an Indian or American, if you believe in the cause of women, go ahead and celebrate the cause of women on this day. Though by merely celebrating one day would not bring about too much difference in the status of women yet it can be regarded as the first step in the process. The theme of this International Women’s Day says: “Make it happen”. So let us make it happen for greater awareness of gender equality, for equal recognition of women in arts, for more women in senior leadership roles and the like.

Being a global event, its fever has gripped the city too. As the gift on International Women’s Day and in a bid to provide safe journey to women passengers, the Uttar Pradesh State Road Transport Corporation has started an all women bus service, Pink Express. The weekly bus service operates between Anand Vihar bus terminus and Lucknow and thus links Delhi and Lucknow. The new air-conditioned bus is equipped with the Vehicle Tracking System, which monitors every aspect of the vehicle’s movement ranging from over- speeding to on-board misbehavior and illegal halt. The cost of the ticket has been fixed at Rs 680 per passenger. The Uttar Pradesh government also has a gift to the brave women of the city. About 20 women will be conferred with Rani Lakshmi Bai Bravery award on this day. The Uttar Pradesh State Women Commission is also gearing up for commemorating the occasion.

Being a global event, International Women’s Day ought to be celebrated throughout the city. The Lucknow Observer, however, was shocked to find that though awareness about women’s day exists in the city, very few colleges and organizations are commemorating the occasion. The Hindustan Aeronautics Limited, a defence public sector undertaking in the city is a notable exception. Here the International Women’s Day is celebrated every year among its club members by organizing a short programme encompassing speeches and skits with active participation from prominent employees and Russian collaborators who are stationed in Lucknow. Another organization that deserves applause for celebrating women’s day is Sahara Hospital, which organizes free breast awareness camp for women every year. This year, however, due to Holi, their camp has been postponed to 20th and 21st March. “I have been organizing the camp here for six years. The camp is absolutely free of cost including medical check-up. We aim for spreading awareness on breast disorders especially breast cancers by providing information, screening a movie and conducting medical tests,” says Dr. Farah Arshad, a breast and endocrine surgeon.

Shops in the city are looking forward to offer attractive schemes to lure more customers. So women gear up for the surprise awaiting you on shops and establishments sensitive to your cause! But for concrete positive changes to take place on the issues affecting women, we have to wait for we are miles away from the destination. For the time being, let us bask in the revelry of International Women’s Day and let all women take a pledge to empower themselves to defeat all odds bravely and help each other in need.

Writer is a Freelance Journalist and a student of Journalism