This year marks 100 years of the tragic break of World War I, launch of the International Women’s Day and also the birth of Khwaja Ahmad Abbas who died in 1987 after he wrote:

I will be gone, but I will remain with you in spirit; if you want to meet me, find me in my books, seek me in my last pages, look for me in my documentaries and films. And the Aligarh Muslim University (AMU) decided to do just that by exploring the kaleidoscopic world of its trilingual alumnus. His connection to the AMU goes back to his great grandfather Maulana Altaf Hussain Hali, poet, critic and close associate of Syed Ahmad Khan, founder AMU.

A two-day seminar on the short stories, novels, journalistic works, documentaries and feature fllms of the creative genius was held recently in English, Urdu and Hindi in which experts like Dr. Aziz Qureshi, Uttrakhand Governor and historian Professor Mushir-ul Hasan talked about the progressive writer and his contribution to progressive writings along with other writers like Sardar Jafri, Ismat Chughtai and Saadat Hasan Manto, all alumni of the AMU.

Abbas took to the pen while still a student at AMU. The student of English and law graduate, Abbas was closely associated with the Indian People’s Theatre Association (IPTA) and had penned scripts, incorporating his socialist vision for films directed by filmmakers like Raj Kapoor and V. Shantaram.

In the hope of a dawn of a new world and to immortalise his socialist vision on celluloid, Abbas founded his own film production company called Naya Sansar, both directing and producing memorable films like Shehar Aur Sapna, Aasman Mahal, Chaar Dil Char Raahein, Anhoni and Saat Hindustani. His films went on to win awards at Cannes, Santa Barbra and Karlovy Vary Film Festivals. His autobiography titled I am not an Island resonated well with the masses and he went on to win the Vorosky Literary award of the Soviet Union, Ghalib award and Urdu Akademi special award. 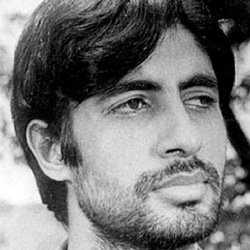 Early this year Amitabh Bachhan tweeted that his day had started at 7.30 am to dub for a tribute for the centenary celebrations of KA Abbas who was born in June 1914. The actor went out of his way to do so because it was Abbas who gave Amitabh his first break in films. Amitabh was 29 years old when he first hit the silver screen in 1969 in Saat Hindustani, a film written, directed and produced by Abbas.

Saat Hindustani proves what a brave man Abbas was to take on non-glamorous themes like social justice and communal harmony, in an environment obsessed with skin deep beauty and glitter. He chose Amitabh as protagonist who was so different to the cute looking leading men so popular at that time. It seems none in the Indian film industry had wanted to have anything to do with Amitabh’s baritone voice, brooding eyes and his dark and lanky physique.

But Abbas cast Amitabh as Anwar Ali, Urdu poet and flashes of brilliant dialogue delivery, and acting displayed by the actor eventually made his career that continues unchallenged to this day.

The journalist, creative writer, film and documentary maker, Abbas published close to 70 books during the 70 years of his life and wrote, directed and produced close to 25 documentary and feature films. Abbas is most well known for his column, the Last Page for the English language and left leaning weekly Blitz. Shamim Tarique of Urdu Blitz Bombay reminded the audience of the brilliance of Abbas as a journalist, and his own brief encounters with the Gandhian just before he died. In his will, Abbas had asked that his coffin pass by the Gandhi Samadhi in Juhu and that his shroud be made from the Last Pages and Azad Qalam the two columns he wrote for 40 long years in Blitz.

Mushtaque Sadaf of Delhi’s Sahitya Academy had photocopied Last Pages and waved 100 copies of it before reading a paper on how Abbas had initiated an entire new trend in journalism and covered every possible subject on earth.

His column in Urdu was called Azad Qalam that was also published in Hindi Blitz in which he had tirelessly championed the cause of the poor till his last breath, focusing on the dream, aspiration, frustration, oppression, suppression and exploitation of ordinary people both in his writing, and films. A staunch believer in secularism, Abbas had abhorred obscurantism, casteism, communalism and left no stone unturned in exposing this malaise of society.

The real gauge of development of a nation is found in the condition of its women and children, he had believed and had extensively explored subjects like discrimination, oppression, suppression, exploitation, rape, acid attacks and other atrocities suffered by women. The empowerment of women was his dream.

Dr. Maula Baqsh, Delhi University read a lively paper on Ababeel, the first short story by Abbas chosen as one of three best short stories for publication in a German Anthology along with short stories of Rabindranath Tagore and Mulk Raj Anand.

Professor Saghir Ifrahim, AMU’s Urdu Department presented a paper on the anthology Khwaja Ahmad Abbas ke Muntakhib Afsane by Ram Lal and discussed his short stories like Rupiya Anna Pai, an experimental story, where the story is told by the ledger of the day-to-day expenditures of a man who comes to Bombay to seek his fortune from a small town. In Ajanta the protagonist’s resentment is obvious over statues of beauty carved from rocks to create art instead of utilizing the same time in creating a better human being. But, in the end he gets the actual message of Ajanta which is similar to that of the Bhagwad Geeta of karm kar phal ki chinta mat kar or do your work without desire for reward.

It was also recalled how popular Abbas was in the former Soviet Union and how he made sure socialism and Marxism remained as a main trend in popular fllms he wrote for Raj Kapoor like Awara, Sri 420 and Mera Naam Joker. His own films like Shehar aur Sapna were also revisited that is important for highlighting housing problems in metros like Bombay, where people live on the foot path and inside drain pipes lying on the road side.

His Do Boond Pani is about the water problem in Rajasthan, Asman Mahal is about the decadence of Nawabs and Dharti ke Lal is on the tragic consequences of the Bengal famine of 1948.

That is the reason why Abbas will be loved and respected forever to glow brightest in the history of Urdu, Hindi literature, Indian English writing, and filmmaking.