Inspired by the traditions of Islam and specifically the Shia movement, as the name suggests, Shia College was established in 1919 as a school. Still one can’t doubt the institution’s secularity as it has always indiscriminately maintained high standards of education. The institution also promotes patriotism among students. It is today a premier institution in the city of Lucknow.

Following the teachings of Prophet Mohammad (A.S.) who said, “To seek knowledge and learning is obligatory for all Muslim men and women”, the institution believes in promoting education among women. The Prophet’s (A.S.) first successor Hazrat Ali (A.S.) said, “Let no child remain uneducated while I hold the reigns of power”. Inspired from this arose the idea of starting a degree college in Lucknow, which was approved by the leaders of the Shia community.

In the early years, the classes were temporarily arranged in the premises of Bara Imambara and Rumi Darwaza. The college rose to the status of an Intermediate College in 1922, widening subjects in Humanities and Social Sciences. In the year 1922, construction of the building started after the approval by “Karbala of King Nasiruddin Haider of Oudh” on Sitapur Road. Land was also donated to the college on Faizabad Road. Generous donations poured in from the masses of Shia community, the major shares naturally being from Nawabs, Taluqdars etc. Teaching of Natural Sciences at Intermediate level was introduced in 1932 with well-equipped laboratories.

After the University of Lucknow permitted the teaching of Science outside the premises of Canning College in 1947, Shia College was one of the first three colleges of Lucknow to be shortlisted for the purpose. Teaching of courses of Bachelor’s degree of Science started in the college for students pursuing the same.

Shia College, other than being open to all, also has a socially responsible image for an institution. Shia cleric Dr. Kalbe Sadiq, who plays a major role in the functioning of the college, sees the next generation as the future of the country. He and many members of the administration board, aim at educating every child, irrespective of gender, religion or caste. The college supports education of children from weaker sections of the society. Some amount of scholarship money is kept apart for funding higher education of those students who have no financial support otherwise. After completion of studies when the students start earning, they can repay the loan from their salaries. Most of the students have emerged successful because of this scheme, excelling in the fields of engineering, animation, medicine etc. Those of them, who have done brilliantly in their respective areas and have the capacity to donate to the trust, give generously. This programme, of funding education for students from humble backgrounds, has been appreciated by thousands and recognized across the state. Still higher emphasis is on girl’s education. Kalbe Sadiq always wanted to setup an educational institution for girls because their education needs more attention for they have been ignored for too long. His dream has materialized in the form of a private Girls Degree College, which is going to be set up, only on the land allotted by Akhilesh Yadav government. The government has allotted nearly 2.5-acre Nazul (government) land situated close to a heritage site protected by the Archaeological Survey of India (ASI). Kalbe Sadiq had requested for this allotment in 2003 during the BSP regime, which was turned down by the Mayawati led government. The then BSP government had turned down his request, while proposing to construct Awadh Haat on the pattern of Delhi Haat to promote culture and artisans in order to attract more tourists. It is situated close to Rumi Gate, an ASI protected monument, and Clock Tower in Hussainabad locality of Old Lucknow. Ex- Chief Minister Mulayam Singh Yadav allotted land for Unity College in 1990 to Dr. Sadiq, who is also the Vice-President of All India Muslim Personal Law Board. Referring to the recent land allotment by Chief Minister Akhilesh Yadav, Kalbe Sadiq said that the land has been officially allotted to his organization Tauheedul Muslimeen Trust. All the formalities in the regard of allotment are complete. Chief Minister Akhilesh Yadav will lay the foundation stone of the college building. The college’s patriotic and secular persona was reinstated when a PhD student in Shia theology claimed to have fought against the Islamic State in Iraq and Syria (ISIS). He was warmly welcomed by Shia community on his return and felicitated at a function at Shia College. A campaign was also launched by Shia cleric Maulana Kalbe Jawwad to send youths to Iraq as volunteers. He and the institution at large have always guided youths against mindless fanatism. This has added to enhancement of Shia College’s enlightened path that encourages students to become better human beings and promote humanity.

Classes of courses leading to B.A degree of Lucknow University started in the college in 1960, for which the college on Victoria Street purchased an old building. The college was given the recognition to start classes for Bachelor of Law in 1970 and for Bachelor of Commerce in 1972. Teaching for the courses leading to P.G. Diploma and other certificates in Computer Applications was started in 1987. Computer Science as a subject at B.Sc. level was introduced in 1989. A Job Oriented Course leading to Post Graduate Diploma in Computer Applications (P.G.D.C.A.) has been recognized by Lucknow University from the session 2004-05. The college also offers M.A. in Urdu and Sociology. M.Com (Applied Economics), other than M.Sc. and more interestingly, Masters in Journalism & Mass Communication (M.J.M.C.) has also been started. Proposals for seeking permission to start M.Sc. (Botany) and Bachelor of Computer Applications (B.C.A.) courses have also been sent to the Government.

The institution works on the hadith of the Prophet: “I am the city of learning and Ali is its gate.” Its logo depicts a pen and a book from which rays of enlightenment are arising, a sword that symbolizes struggle against oppression and darkness of ignorance and illiteracy. The college building is divided into two teaching campuses, Sitapur Road Campus (The office of the Board of Trustees and the Managing Committee is situated here) and Tulsidas Marg (Victoria Street) Campus besides a separate hostel for boys at Sitapur Road. Laboratories in the college are well equipped, and the Central Libraries (one at Sitapur Road Campus and the other one at Victoria Street Campus) and Departmental Libraries have a large collection of books and journals. The libraries subscribe to a number of newspapers, magazines and academic journals. A Mechanical and Electronics workshop in Physics Department, well established museums of Anthropology, Botany and Zoology Departments, a Botanical Garden, two Computer Centres with several computer terminals, a gymnasium and sports complex, ìSyed Ali Zaheer Sports Groundî of international standard are some of the special features of the college. The Khateebul Iman Hall and the Saeedul Milat Hall are two big halls of the college at two campuses. The Syed Ali Zaheer Seminar Hall, though small, caters to the academic needs of the college.

The extra-curricular activities are also well looked after in the college. All possible facilities are provided to the students. There are five units of National Service Scheme (N.S.S.) working effectively and efficiently in the college. The Ministry of Education and Youth Welfare, Government of India launched the Scheme in 1969, for undergraduate students to give practical training in Social Service and to familiarize them with the needs and problems of the society. The college has Army and Naval Wings of National Cadet Corps (N.C.C.). A journal named, “Law Review” that is published by the Faculty of Law, is the pride of the college. Apart from this, the college also publishes Technical Reports of various national and international seminars, researches and other academic projects and collections of research papers.

Writer is a freelance journalist and an ex. student of IIMC. 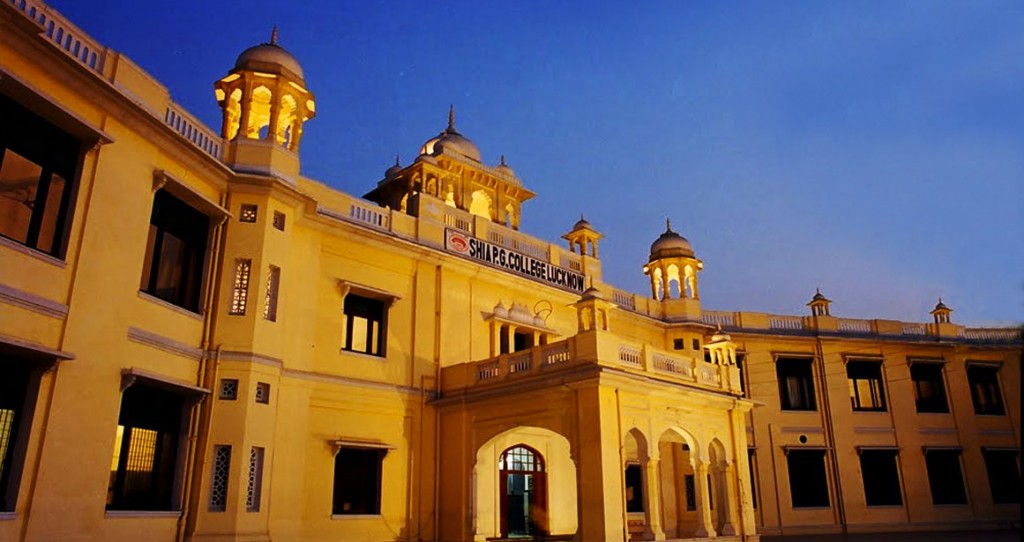