How an Architectural Marvel became Victim of Times

The city of Lucknow is known for its history, heritage and its rich culture. The Mughals have left behind a legacy to cherish. But other than the Mughals, the city of Lucknow has seen development of lesser known historical monuments. One such monument which has historical significance in my humble opinion is the Butler Palace. The residential colony inside which the Butler Palace is situated gets its name from the palace itself. The foundation stone was laid in 1915 by Raja Mehmoodabad. The palace was built for Deputy Commissioner of Avadh, Sir Spencer Harcourt Butler, it served as the official residence of the Deputy Commissioner.

The original plan consisted of building three palaces but only one could be completed due to a flood in River Gomti in 1921. The Butler Palace is a four faceted palace with a beautiful Rajasthani style architecture. It’s the only monument in Lucknow to be built in Rajasthani style. After independence, the palace served as guest house for many politicians and after a while it remained vacant until it was declared enemy property by the Government of India in 1965 after the India-Pakistan war and was brought under the control of Ministry of Commerce. The UP government used the palace as Sales Tax Office until it was handed over to Indian Council of Philosophical Research (ICPR) in 1981. It served as a library with over 32,000 volumes, a guest house, well equipped seminar room, exhibition hall and an office. The ICPR was asked to vacate the premises following Supreme Court’s orders, which legally handed over the possession to current Raja of Mehmoodabad Mohammad Amir Mohammad Khan.

As stated above 32 year old long legal battle came to an end in 2005, only to be ensued in another legal battle in 2010 when the Govt of India again seized the palace following the ordinance promulgated by the then President of India, which made a change in the property Act, which says any establishment once declared enemy cannot be inherited. Ever since the district magistrate sealed the premises in 2010, the palace has been lying unattended.

What piqued my curiosity was a beautiful palace situated right in the middle of the Butler Palace Colony which houses innumerous IAS and IPS officers of Uttar Pradesh. It was in August 2014, when I first decided to go inside the palace and see what’s in there. The outer area of the palace was reeling with wild plantation and litter which made one’s way into the palace an impossible task yet I mustered up courage as the path leading to staircase stank. What I found inside was a very beautiful but very untidy and ill-maintained palace. One could easily find traces of the ICPR library that once existed in the palace. Cutting my maiden trip to the palace short, I kept wondering as to why the palace was not taken care of.

A couple of months passed, I was informed by two of my students (they live inside the colony) whom I used to tutor that the outer area of the palace is getting cleaned up. Some people from the UP government came and inspected the palace and exclaimed that they are going to restore the old beauty of the palace and convert it into a tourist attraction. I was surprised as well as heaved a sigh of relief at the development because I thought that the palace will finally be taken care of and open to tourists as it rightly should be. 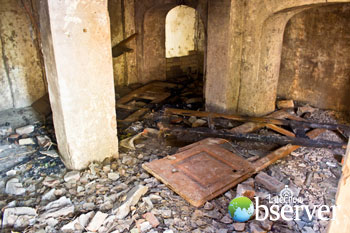 But to my utter horror my joy was short-lived as the palace was abandoned again after the wild plantation and litter was tidied. Since there’s no security or anything at the palace, it proved to be a golden opportunity for the drug addicts. If this was not it, a gang of thieves started stealing brass hinges by detaching the doors, when I last visited the palace almost all the doors, right from ground floor to second floor have been detached and the hinges have been stolen. Not only that, the children who play inside the premises and some other unsocial elements have pelted stones and rocks at the window and door glass panes and have shattered the glass for ‘fun’.

Greatly disturbed I decided to approach the Raja of Mehmoodabad as I was under the impression that the possession of the palace is with him, only to find out later that the property was taken away from him in 2010 and ever since then the District Magistrate of Lucknow has the possession. Once again I looked back at Raja Mehmoodabad himself and his staff members who expressed their dissatisfaction towards the treatment meted out to the palace. The pain and anguish could be felt in their voice and I could connect to that pain equally as a citizen of Lucknow and someone who appreciates the history. All that I can really hope is the concerned authorities take a swift action to ensure that the original beauty of the palace is restored. 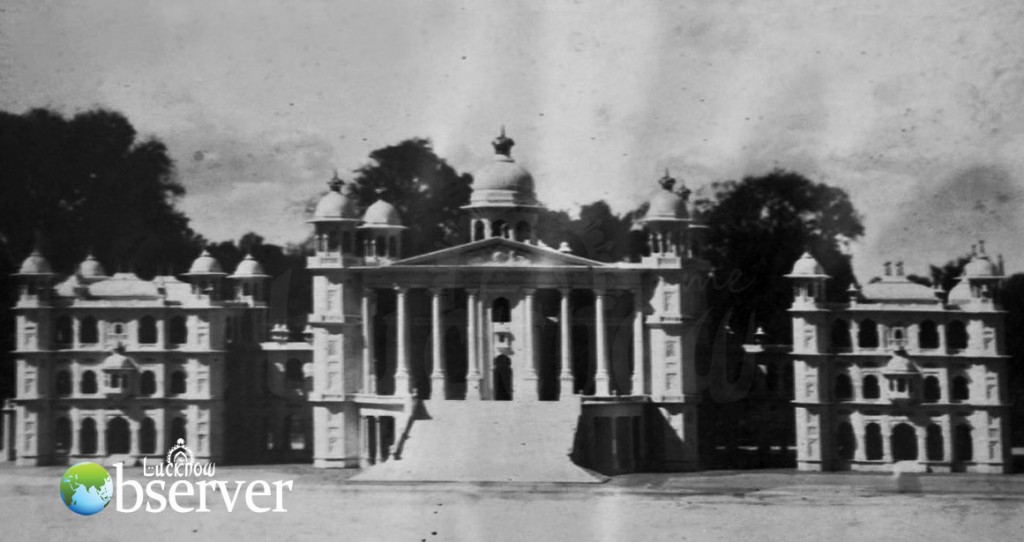