A Poetic Master with a Rebel Mind

Born in 1913 to an aristocratic family in Balrampur, district Gonda, Ali Sardar Jafri was raised in an environment of education and from very early stages. As a child Ali Sardar Jafri was exposed to the elegiac poetry of Meer Anees that paved way for him to become a full-fledged poet in the years to come. He started off with the pen-name ‘Hazin’ that he later gave up and continued with the name given by parents. His early years was the period when legends like Josh Malihabadi, Jigar Moradabadi and Firaq Gorakhpuri were at their prime and Ali Sardar Jafri was greatly influenced by the mastery of these stalwarts. At the age of 20, Ali Sardar Jafri was admitted at Aligarh Muslim University (AMU) but the stay did not last long as he belonged to the band of political mindset that was not in line of the prevalent atmosphere and he was asked to leave the premises without being awarded with the graduation status. By this time, Ali Sardar Jafri had presided over the first Conference of Progressive Writers’ Movement at Lucknow in the year 1936.

Subsequently Ali Sardar Jafri completed his graduation in 1938 from Zakir Husain College at Delhi. This was also the year when his first collection of short stories titled ‘Manzil’ was published. To pursue his post-graduate credentials, Ali Sardar Jafri moved to Lucknow University but again his anti-British political ideology did not go well with University administration as he continued to participate in the political activities organized by Indian National Congress as the Secretary of the Student’s Union. His anti-war propaganda resulted in his arrest by 1940-41 followed by the expulsion from the University, he was imprisoned for eight months. His association with the Progressive Writers’ Movement continued and he was regarded as one of the most potent critic and theorist of the progressive school. He joined the Communist Party India and was actively involved in trade union movement. Through his poetry he depicted the life of working class and also tried to create political awareness among the masses.

By the year 1942, Ali Sardar Jafri moved to Bombay where he spent most of his later years. At Bombay he befriended with revolutionary Turkish poet Nazim Hikmat and Nobel Prize winner Chilean poet Pablo Neruda, the pen name of poet-diplomat Neftali Ricardo Reyes Basoalto. The ideas in the poetry and writings of Ali Sardar Jafri had a great impact of Marxist teachings and his early poems are vehemently angry, full of revolutionary propaganda, it reflected a restless yearning for India’s independence from the colonial yoke. Equally intense was his yearning for the freedom and dignity of the proletariat. This was because of the strong impact of the Progressive Writers’ Movement inspired by Marxism and the Bolshevik Revolution in Russia in 1917. However, his later poems though are a masterful blend of intellectual insight and genuine emotions. He liked to experiment with form and quite a few of his poems are in free verse a couple being counted among the best poems in Urdu literature. His poetry also contained freshness of imagery, commitment to the man-on-the-street, and intense love for country and its diverse cultures. His poetry though was not limited or imprisoned within the ideals of Marxism but Ali Sardar Jafri encompassed the great humanistic traditions and compassion of the Sufi and Bhakti movements, the love of nature found in the works of Kalidas, and an assimilative vision of India’s composite culture. 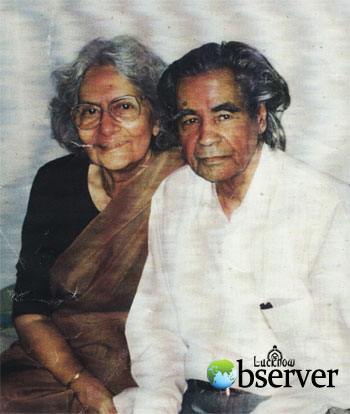 Ali Sardar Jafri also came to be respected as an editor of critical editions of the works of Mir Taqi ‘Mir’ and Ghalib, the two poets who influenced the course of Urdu poetry the most. Jafri also made his mark in the field of journalism and wrote frequently for magazines. He edited, “Naya Adab” and “Guftgu”. He had done some successful translation work and brought out Tales from Shakespeare, Charles and Mary Lamb. He also edited the works of Kabir and Meera. Jafri wrote erudite introductions to all these books, establishing himself as an unusually insightful critic. Some of his published works are Parwaz, Nai Duniya Ko Salam, Khoon Ki Lakeer, Aman Ka Sitara, Asia Jaag Utha, Patthar Ki Deewar, Ek Khawab Aur, Pairahan-E-Sharar, Lahoo Pukarta Hai, Ghalib and His Poetry (in collaboration with Qurratulain Hyder), Mera Safar (Selected poems in Hindi). He also wrote two plays for the Indian People’s Theatre Association (IPTA), produced a documentary film Kabir, Iqbal and Freedom and two television serials: the runaway success, the 18-part Kahkashan, based on the lives and works of seven noted and highly popular Urdu poets of the 20th century he had known personally viz. Faiz Ahmad Faiz, Firaq Gorakhpuri, Josh Malihabadi, Majaz, Hasrat Mohani, Makhdoom Mohiuddin and Jigar Moradabadi; and the equally popular Mehfil-e-Yaaran in which he interviewed people from different walks of life.

The style of Ali Sardar Jafri was unique as he depicted the exemplary survival of the human spirit in the face of all-pervasive adversity and defeatism. In so doing he not only carried forward the traditions of Urdu poetry but also enriched its treasure with new symbols and powerful imagery. Indeed, his poetry gradually evolved into a genre of its own kind whose influence is difficult to ignore among the present generation of Urdu poets. Ali Sardar Jafri was a rebel, freedom fighter, pacifist, radical activist, storywriter, critic and documentary filmmaker at once. But, above all, he was a poet endowed with exquisite imagination, one of the brightest stars on the firmament of twentieth-century Urdu poetry. Like all great poets he was a prophet engaged in unraveling the mysteries and ambiguity of human drama. The principal theme of his poetry was compassion, love, perseverance and sensitivity surviving amidst the callous inhumanity of our times.

Ali Sardar Jafri’s firm faith in the efficacy and viability of tradition and cultural resources to meet the vexing challenges of our times was most eloquent in his cry for a war-free Subcontinent. Deeply anguished by the Indo-Pak War of 1965, he exhorted the ruling classes on shared future, a future based on civilizational commonality and peaceful coexistence. In a moving poem, ìKaun Dushman Hai,î composed in the wake of the war, he wrote: 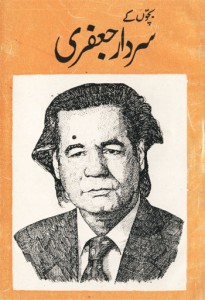 Sardar’s sane voice, however, was drowned in the cacophony of jingoism. It took more than three decades before leaders on either side of the border realized the necessity of initiating a genuine peace process. He was also a firm believer in negotiations and thought that talks between India and Pakistan were the only medium for finding a permanent solution to the tensions between the two countries. In 1999, when Prime Minister A. B. Vajpayee made the historic peace trip to Pakistan, he presented Sarhad, the first-ever album of anti-war poems Ali Sardar Jafri to his Pakistani counterpart. This was indeed the greatest tribute to the poetic vision of Ali Sardar Jafri. Ali Sardar Jafri was honored by many awards, some of them the highest in the land. The Government of India conferred upon him the Padma Shri. He also received the Iqbal Samman, the highest award of Madhya Pradesh and ultimately he was honored with the utmost mark of distinction for literature the Jnanpeeth Award. In 1986 the same Aligarh University that had expelled him on account of his participation in the freedom struggle, conferred on him the D. Litt. (Dr. of Literature). He was also conferred upon by the Government of Pakistan with the highest literary recognition, the Iqbal Award. Ali Sardar Jafri was steeped in the best traditions of secularism and symbolized the essential unity of mankind.

On personal front, Ali Sardar Jafri was married to Begum Sultana in the year 1948 from whom he had two sons. At the age of 87, Ali Sardar Jafri breathed last on August 01, 2000 at Mumbai and left for heavenly abode.

It is unfortunate for the fact that no government agency or the torch-bearers of the Urdu language came forward to remember Ali Sardar Jafri on his birth centenary couple of years ago. However, Lucknow Society is committed to commemorate the legends of the soil, we celebrated the birth centenary event of Ali Sardar Jafri ‘Sardar-e Sukhan’ on November 30, 2013 at Rai Umanath Bali Auditorium. The noted personalities like Sharib Rudaulvi, Justice Haider Abbas Raza, Ayesha Siddiqui, Mehndi Jafri, Shahnawaz Qureishi & Raza Jafri marked the occasion and the life journey of the great poet was relived through his writings, poetic works and real-life instances shared by those who graced the event. People of the stature of Ali Sardar Jafri never die, they only move to another world and leave behind the treasures of long living spirit that paves way to deal with challenges for generations to come.

Writer is a travel professional, freelance writer, commentator and a political analyst